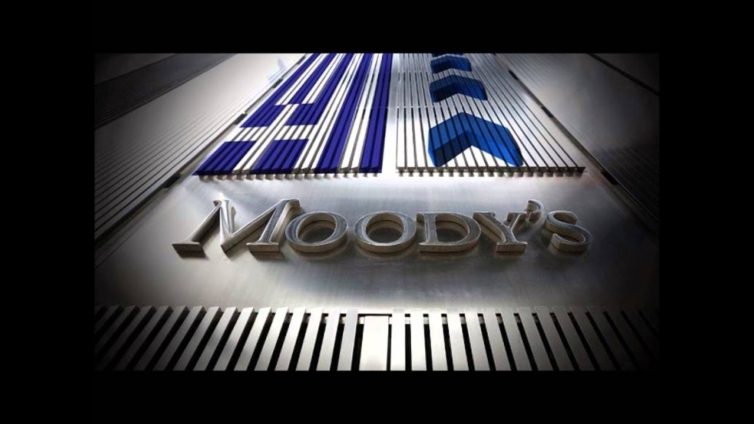 Ratings agency, Moody’s has downgraded Ghana’s long-term issuer and senior unsecured debt ratings to Caa1 from B3 and changed the economic outlook to stable from negative.

The downgrade to Caa1 reflects the increasingly difficult task the government faces addressing its intertwined liquidity and debt challenges.

Recently, another ratings agency, Fitch, downgraded Ghana’s credit rating to B-, from B and economic outlook to negative, from stable.

Moody’s estimates that interest payments will absorb more than half of the government’s revenue over the foreseeable future, which is exceptionally high compared to peers at all rating levels.

“As a remedy, the government has proposed sharp fiscal consolidation and a switch to borrowings from external partners on more favourable terms. However, the strategy comes with sizeable implementation risks, especially in a still-fragile post-pandemic environment and while international market creditors price in very wide risk premia”, it explained.

“While Ghana’s external buffers and moderate external debt amortization schedule in the next few years afford the government a window of opportunity to deliver on its strategy, balance of payments pressures will build up the longer government’s large financing requirements have to rely on domestic sources”, it added.

However, it pointed out that the stable outlook balances Ghana’s significant fiscal challenges, large refinancing needs and constraints on access to funding against the government’s pre-pandemic track record of relatively effective policy delivery and maintenance of a variety of funding sources.

“Ghana’s institutional framework and dynamic economy remain key credit supports, with economic growth forecasts of around 5% over the medium term”, it noted.

Simultaneous to the rating downgrade, Moody’s also downgraded Ghana’s bond enhanced by a partial guarantee from the International Development Association (IDA, Aaa stable) to B3 from B1.

This reflected a blended expected loss now consistent with a one-notch uplift on the issuer rating.

Moody’s also lowered Ghana’s local currency (LC) and foreign currency (FC) country ceiling to respectively B1 and B2 from Ba3 and B1, adding “non-diversifiable risks are appropriately captured in a LC ceiling three notches above the sovereign rating, taking into account relatively predictable institutions and government actions, low domestic political, and geopolitical risk; balanced against a large government footprint in the economy and the financial system and current account deficits.”