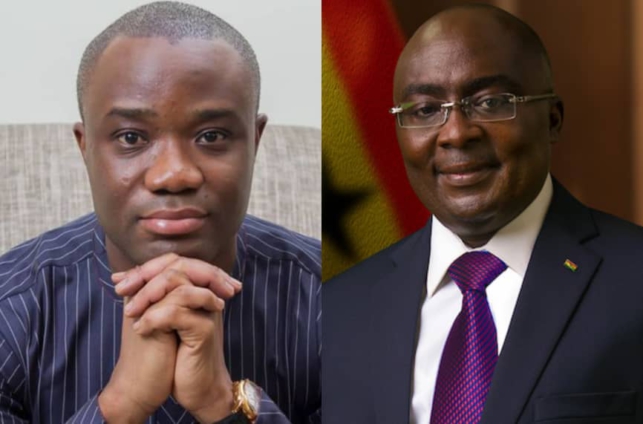 A former Deputy Information Minister in the Mahama era says the Vice President has been a “disaster” as the head of the economic management team.

Felix Kwakye Ofosu said Dr Mahamudu Bawumia’s role in leading the economic management team has been a ‘”waste of time”.

The aspiring MP’s comment is in reaction to a recent downgrade by credit rating agency, Moody’s, to junk status.

“Bawumia has been an unmitigated disaster and a complete waste of time as head of the Economic Management Team”, he said in a Facebook post on Wednesday.

This came after a recent downgrade of Ghana’s credit rating to ‘CC’ from ‘CCC’ by Fitch.

Despite Ghana’s tightening of monetary policy in response to the global price shock, it said inflation continues to rise from high levels and the currency has been under very significant pressure.

Moody’s also pointed out that, “Without external support, the government’s policy levers to arrest a worsening macroeconomic backdrop and heavier debt burden are extremely limited; the government’s small revenue base, largely and increasingly absorbed by interest payments, further intensifies the policy dilemma between competing objectives, including servicing debt while meeting essential social needs. As a result, the risk of an eventual default has increased”.

Meanwhile, government has reiterated its commitment to dealing with the current economic challenges, to place the economy back on a sound footing.

DISCLAIMER: The Views, Comments, Opinions, Contributions and Statements made by Readers and Contributors on this platform do not necessarily represent the views or policy of Multimedia Group Limited.
Tags:
Bawumia
Economic downgrade
Felix Kwakye Ofosu
Fitch ratings
Moody's
NDC
NPP