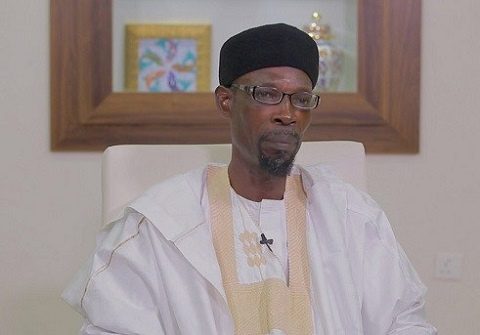 Spokesperson for the National Chief Imam, Sheikh Armiyawo Shaibu, has urged Mosque Management Committees across the country to, as a matter of urgency, start considering hiring security officers especially during large prayer gatherings.

This he says might help foil terrorist attacks at mosques and other large Muslim gatherings as the country readies itself for imminent terrorist attack due to the southward projection of extremist groups in the sub-region.

His comment follows a government threat alert warning of a potential terrorist threat in the country and has thus cautioned faith-based organisations to exercise extreme caution.

Speaking on JoyNews’ PM Express, Sheikh Shaibu also urged Mosque Management Committees to also seek the services of security analysts in order to plan strategies to counter the activities of radicalizers in their mosques and communities.

“In fact we’re also even urging mosque committees to consider the employment of a security analyst or a security consultant, because the terrorist activity is not a monolithic activity. So you’d want certain briefing from time to time in respect to the dynamics and the strategies that you’d need to do to differ so that as they come in,” he said.

He also called on mosques to discourage people from using the space as a resting place.

According to him, though mosques have largely served as resting places for traders who come to pray, due to the issue of security plaguing the country, it would be safer if the traders were to rather go home after using the mosque for their prayers.

“Our mosques for example sometimes are a resting place for many people we do not know. They come they’re tired, some of those who sell. Now we say no, don’t allow that. They come with their gadgets, they have their bags, containers, they come they remain in the mosques, we say no. this time be on the alert , check who is coming, let the person pray, he finishes he must get out,” he said.

He further advised Muslim preachers of different Islamic orientation to be measured in the messages they preach to the Muslim youths in order not to open them up to radicalization.

“We’re advising Muslim preachers depending on the Islamic orientation you belong to, to be careful the way you preach so you do not goad our young people into accepting that extremist views. Because when you do so then you open the door, that is when you welcome and create the soft grounds for them to enter.

“Because when they come they have soft grounds and safe haven because they have people who thoughts and mindset is like theirs. And so we’re saying that tone down the way you do your preaching,” he said.

Meanwhile he has also called for interfaith collaboration to combat the spread of violent extremism in the country.

According to him, violent extremism has no religious colour and is no respecter of faith, thus it would be beneficial for both Christians and Muslims to exchange information and collaborate to prevent acts of terrorism in the society.