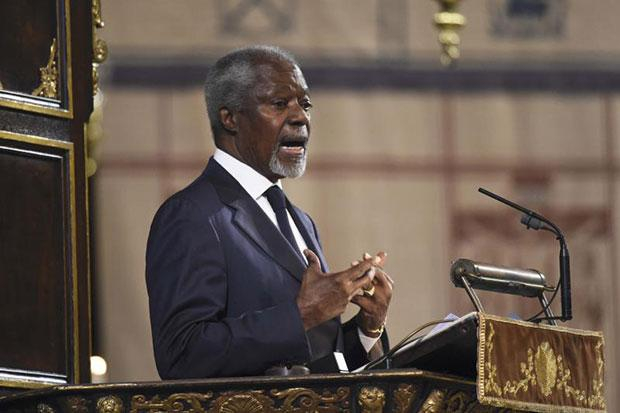 Myanmar's government has set up an advisory panel headed by former UN Secretary General Kofi Annan to find "lasting solutions" to the conflict in Rakhine state, where human rights groups have documented widespread abuses against the minority Rohingya Muslims.

A statement by the office of Aung San Suu Kyi on Tuesday said an agreement will be signed between her office and the Kofi Annan Foundation to set up a nine-member advisory commission to resolve "protracted issues in the region."

The council will comprise of three international and six national experts.

Rohingya Muslims have lived in the northwestern Rakhine state for generations but are denied citizenship because they are considered outsiders. More than 100 people, mostly Rohingya, were killed in clashes with the Buddhist majority in 2012.