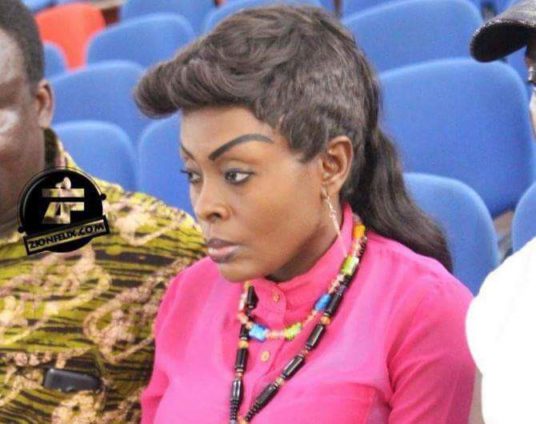 Highlife musician, Akosua Agyepong is beside herself with grief following the death of legendary highlife music icon, Nana Ampadu.

In an interview with Adom TV, the ‘Kooko’ singer stated that she considered the prolific composer as a father, who was always ready to listen and give advice anytime she ran to him.

Amid tears, Akosua Agyepong said, “he tried to love everyone equally and he didn’t discriminate. He has been my father for more than 35 years. He’s been everything to me, losing somebody like this is not a joke.”

The 76-year-old, according to sources, died at the Legon Hospital after he fell sick overnight. He was rushed to the emergency ward on Tuesday morning and died shortly.

Speaking on his demise, Akosua Agyepong said that there were some delays that affected the delivery of healthcare to the man.

“The ambulance didn’t get here early. We went to the Achimota Hospital and we were informed that the doctor was asleep. So when he was taken to the new hospital at Legon, the doctors tried all they could but he couldn’t survive,” she said.

Akosua Agyepong said she was supposed to release a song with the legend but because of her work schedule, they rarely got to work together.

She stated that she will always remember the musician, especially, by his performances and persona.