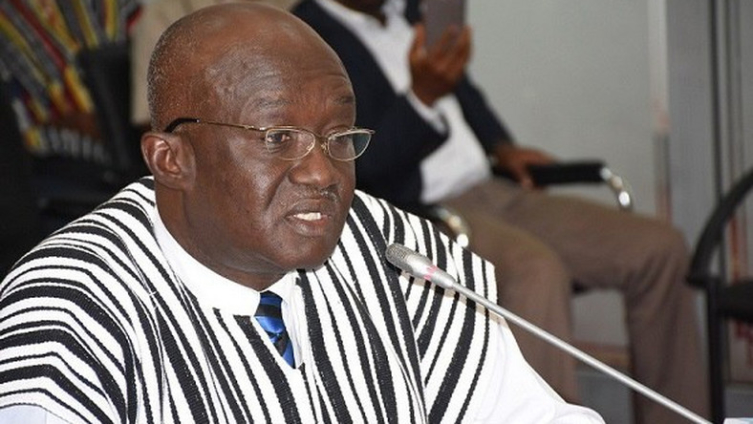 Some Electoral Area Coordinators, Polling Station Executives and the party faithful of the governing New Patriotic Party (NPP) in the Navrongo Central Constituency of the Upper East Region, have accused the out-going MP, Joseph Kofi Adda, of working against the fortunes of the party there.

According to them, this was due to his loss in the party’s parliamentary primaries in June this year.

They say Kofi Adda campaigned against the NPP’s parliamentary candidate for the Navrongo Central constituency, Tangoba Abayage to ensure she was defeated.

This, they said also contributed to the party’s poor performance in the constituency.

At a press conference held at the Party’s constituency office in Navrongo, the NPP members accused Kofi Adda of supporting the opposition NDC’s Parliamentary candidate in many ways including making cash donations to his campaign.

“Kofi Adda sponsored the NDC candidate in the person of Samson Tangobu with huge financial support and bused over 1000 voters into the constituency from Kumasi and Accra and induced them with a whopping amount of ¢50,000 to vote against Tangoba Abayage and Nana Addo,” he said.

The speaker at the event, Adda Yeji Nelson also said, “This is a man who never wanted peace for the NPP party in Navrongo and continues to pursue his hidden agenda for a loss of the NPP in Navrongo since he Kofi Adda was no longer going to be on the ballot paper on the December 7, 2020 general elections.”

According to Yeji Nelson, Kofi Adda had refused to support Tangoba Abayage despite pleas from the candidate and the party for him to do so.

“Kofi Adda will admit Tangoba honourably pleaded with him to let go of every misunderstanding and to campaign with her for the victory of the New Patriotic Party which he again refused till date.

“This happened at Bolga in a meeting sanctioned by Akufo-Addo. If Kofi Adda could not believe and take the words of the president, then who will he want to listen to?”

The Electoral Area Coordinators, Polling Station Executives and NPP party faithful who came together for the press conference, also showed journalists, a secretly recorded video of a man they claimed had been sent by Kofi Adda to make a donation of cash and sample ballot papers, to the PPP’s parliamentary candidate.

However, the man they described as Kofi Adda’s errand boy, mistakenly brought the donation to Tangoba Abayage, thinking that she was the one Kofi Adda had sent him to.