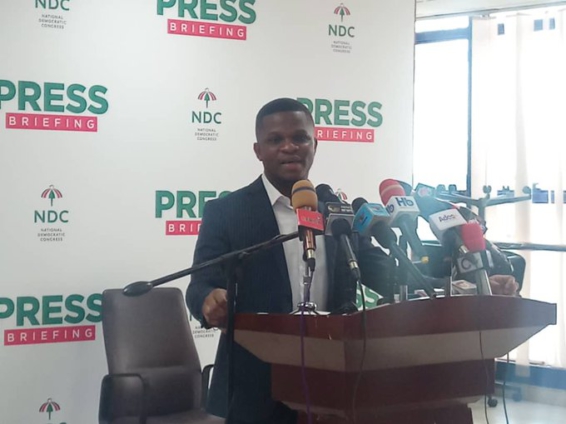 The opposition National Democratic Congress (NDC) has highlighted the reforms it will undertake to create the 250,000 sustainable jobs it has promised in its ‘People’s Manifesto’.

Addressing the media Wednesday, the party’s National Communication Officer, Sammy Gyamfi said the next Mahama government will introduce a three-shift economy to create more jobs in the country.

He noted that the three-shift economy will be more focused on the manufacturing and other high-end services which operates 24-hours non-stop.

“Given Ghana’s small market size of only 31 million people and a per capita income of $2,200, we intend to embark an aggressive promotion of exports, which will lead to a high demand for labour to meet increased production for both domestic consumption and export.

“To accommodate this anticipated demand for Ghanaian goods and services, the next NDC government will create a three-shift economy, thus, the additional two shifts will be a source of additional employment,” he elaborated.

He further added that, companies which operates 24-hours run with two shifts and make their employees work for 12 hours.

This, he said, is a violation of the labour law which specifies a maximum of eight hours. Therefore, an additional shift will not only make amends for the violation of the law but will provide more jobs with fair wages to the citizenry.

Among other reforms, Mr Gyamfi said the next NDC government will pass an Employment Act to provide a comprehensive framework for job creation and labour market statistics.

He also revealed that the NDC will decentralise and convert the Labour Office into the National Employment Bureau and equip it with state of-the-art facilities and grant tax-waivers to employers who employ workers through the Bureau.

DISCLAIMER: The Views, Comments, Opinions, Contributions and Statements made by Readers and Contributors on this platform do not necessarily represent the views or policy of Multimedia Group Limited.
Tags:
Elections 2020
Employment
NDC pledges