NDC won’t accept the result of a flawed election – Mahama 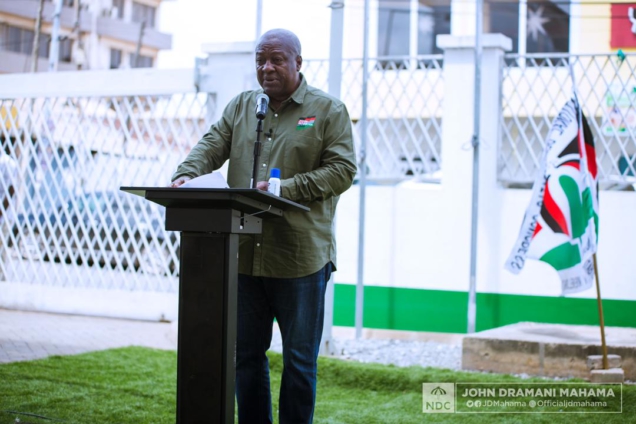 The flagbearer of the National Democratic Congress (NDC), John Mahama says the party will not accept the results of the 2020 general elections should it deem the process as unfair.

The party has participated in all elections in the Fourth Republic, he noted, adding they have accepted defeat each time they lost.

But stressing on the disagreements between the NDC and the Electoral Commission (EC) on the voters’ register, Mahama warned the party may not accept the results of the upcoming elections.

Addressing party members at the NDC’s 28th Anniversary; Mr Mahama promised that the party was committed to a peaceful electoral process “but let nobody assume that we will accept the results of a flawed election.”

Speaking on the EC’s decision to compile a new voters’ register, Mr Mahama denounced the move, arguing the EC is creating tension in the country.

He said never has it been during the Fourth Republic that six months to a general election, “we are all unsure of what register we are going to use for the vote.”

“It has never happened,” he stressed.

Echoing the party’s position on the upcoming compilation, the former president said the documents the EC intends to use for the process would disenfranchise millions of voters.

With the EC accepting only these documents as primary identification documents, Mr Mahama and the NDC says lots of Ghanaians cannot enrol to vote on December 7.

The Commission has, however, made a provision for those without the two documents to have two guarantors who will back their claim of eligibility.

But the NDC says this is not enough.

The party wants the EC to accept the existing voters’ ID card as one of the primary documents if they must necessarily compile a new one.

In legal arguments to the Supreme Court, however, the EC described the existing voters’ ID as “a fruit of a poisoned tree.”

The Commission says the current voters’ roll is fraught with challenges as established in previous cases in the Supreme Court and must be changed.