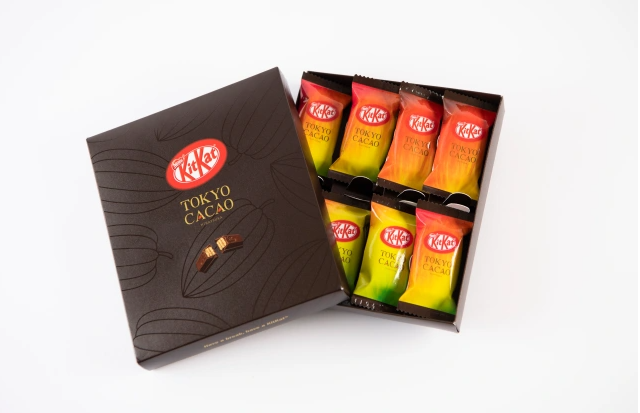 It was a surprise for many to learn that Tokyo was home to island lemons, but it’s not the only surprising thing being cultivated in Ogasawara. As it turns out, the island is also producing its own cacao, and it’s now being used to create another new KitKat, aptly called Tokyo Cacao.

Hiratsuka Confectionery Company has been cultivating cacao in Ogasawara, overseeing everything from soil preparation to cultivation, harvesting, and fermentation, to ensure a safe and traceable supply chain.

According to the press release, Tokyo cacao is characterised by a strong, fruity aroma and mild flavour, which allows you to enjoy “the deliciousness and depth of flavour of the cacao itself”. It’s rare to find any chocolate in Japan made with Japanese-grown cacao, so this new KitKat release is sure to create a buzz with chocolate lovers around the world.

It won’t be easy to get, however, as it’s only be available to purchase at select stores

The Tokyo Cacao will be sold in a cacao bean-shaped container containing four of the chocolates for 756 yen (US$5.05) and an eight-piece gift box for 1,296 yen. The chocolates can be purchased at souvenir stores in the Tokyo region, the Tokyo Gift Palette store at Tokyo Station, and Haneda and Narita airports from 9 November.

DISCLAIMER: The Views, Comments, Opinions, Contributions and Statements made by Readers and Contributors on this platform do not necessarily represent the views or policy of Multimedia Group Limited.
Tags:
Japan
Kitkat