New US administration 'must work on new EU relationship' - MyJoyOnline.com

New US administration ‘must work on new EU relationship’ 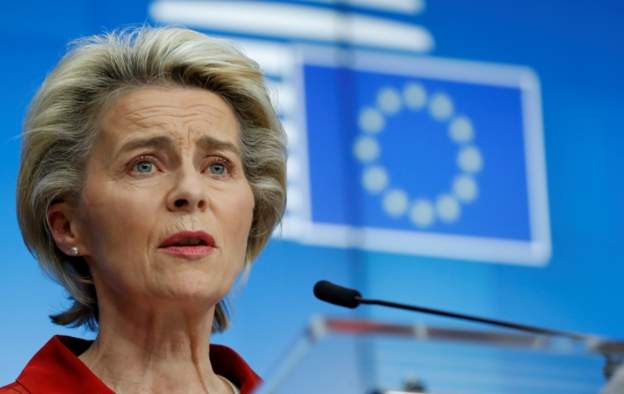 With a new leader in the White House, the US and the EU must work to forge a “new transatlantic agenda”, covering issues such as climate change and the digital economy, the European Commission president says.

“It cannot be that commercial giants benefit enormously from our single market but fail to pay taxes where they should,” Ursula von der Leyen told EU ambassadors in a videolink conference, while congratulating President-elect Joe Biden and Vice President-elect Kamala Harris on their projected victory.

However, she also warned: “Some shifts in priorities and perceptions run much deeper than one politician or administration. And they will not disappear because of one election.

“We cannot turn the clock back, and we cannot go back to the exact same agenda we had five years ago.”

Tech giants, such as Facebook, have been accused of not paying their fair share of tax in countries where they operate.