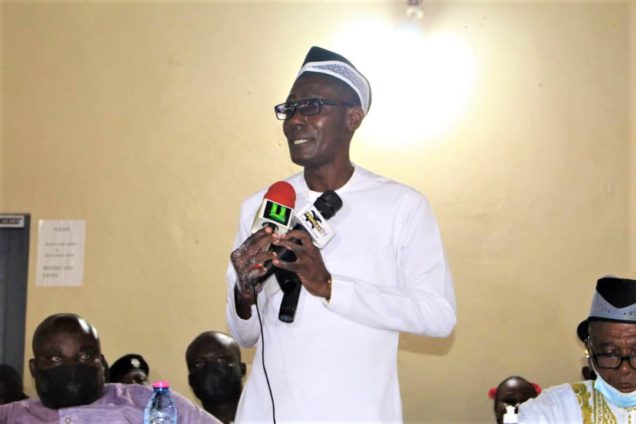 Dampayaw road through to Sikaman to Kojo Nkwanta road, as his foremost priority, according to him will receive a massive facelift.

Maurice Jonas Woode says he will build on the successes and business relationships built in his first tenure as the DCE for the area.

Assembly members at Adansi Akrofuom over the weekend successfully confirmed his nomination for his second tenure after the earlier nominee was rejected.

Mr Woode secured 100 percent of the votes cast – all 17 Assembly members voting for him.

Clad in white apparel and NPP party T-shirts, residents thronged the major streets of Akrofuom with drumming and dancing to celebrate Maurice Woode’s endorsement as the DCE of the area.

Lead up to Confirmation

However, he failed to secure the needed votes to be confirmed DCE in an election held on Friday, 1st October, 2021. Richard Owusu could only secure 5 out of the 17 votes cast on the day – only 29 percent.

According to the District Electoral Officer, because Richard Owusu could not obtain 50 percent plus votes, assembly members had to reconvene within 10 working days for another election.

To the surprise of many, Maurice Jonas Woode who was the DCE was reappointed by the President in a letter dated 12th October, 2021 and signed by the Ashanti Regional Minister, Simon Osei Mensah.

After his massive endorsement, Mr Woode, thanked the President of the Republic of Ghana, Nana Addo Dankwa Akufo-Addo for the confidence reposed in him.

“…history has been made in the Ashanti Region today, my come back is really unprecedented here, I thank you, Mr. President”.

He also thanked the Assembly members for their unflinching support as evidenced in the astounding endorsement for his second term. He told Assembly members that, they have to work hard in unity, to justify his re-appointment or re-nomination.

Mr Woode also appealed to all stakeholders in the District to rally behind him to steer the affairs of the district.

Popularly known as ‘ The Commissioner general’, he said events surrounding his re-nomination has challenged him to do more for the district.

Currently, a contract has been awarded for road contractors to undertake Asphalt Overlay on the Amansan area through to Odumase to Dampayaw road. He adds that the Dampayaw road through to Sikaman to Kojo Nkwanta road will receive massive facelift.

Under his earlier leadership, electricity was extended to fifteen (15) communities.

He, therefore, revealed that there are plans to extend electricity from Nkoransa to Mprakyire where there is no electricity.

“We are also working to extend telecom services to areas where there is none”.

The Presiding Member for the Akrofuom District, Peter Amponsah meanwhile revealed assembly members were willing to vote for him because of his lenses on development.

“…we felt that Maurice Jonas Woode was not treated fairly after his good works so we deliberately voted against Richard Owusu. So, we rallied all the Assembly members together to vote massively for Mr Woode after the President renominated him.”

He appealed to the DCE to continue the good works he has done for the district and promised to support him.