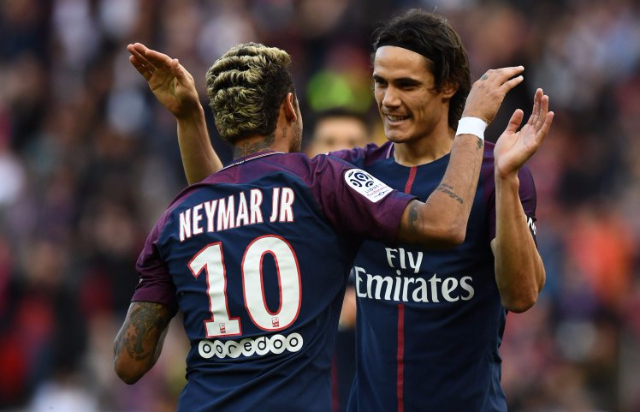 The great Paris Saint-Germain penalty soap opera took another twist on Saturday after the Ligue 1 pacesetters were awarded their first spot-kick since the infamous bust-up between Edinson Cavani and Neymar earlier this month.

For anyone not keeping pace, the world’s most expensive player and the former Napoli striker were involved in an embarrassing on-field feud over penalty-taking responsibilities during a routine win over Lyon.

Their actions were condemned by manager Unai Emery but the pair’s efforts to downplay the suggestion of a major fallout were undermined by stories of Neymar demanding Cavani be sold and PSG offering the Uruguay international a bonus to give up taking penalties.

No PSG penalty drama this time!

Neymar gets Cavani's blessing to take it and boy does he take it well ðŸ‘ watch the Brazilian's eyes ðŸ‘€ pic.twitter.com/raUI4JPzbY

All eyes were therefore on the Parc des Princes on Saturday when Bordeaux’s Otavio was adjudged to have hand-balled as he jumped to chest the ball out of the box.

With the home side already 3-1 to the good Cavani could, perhaps, afford to be in a charitable mood an allowed Neymar the chance to step forward and score his second goal of another one-sided encounter.

Moments later Julian Draxler scored a fifth to underline the fact that it really shouldn’t matter who is on penalty duties for PSG this season so utterly dominant are they at present.