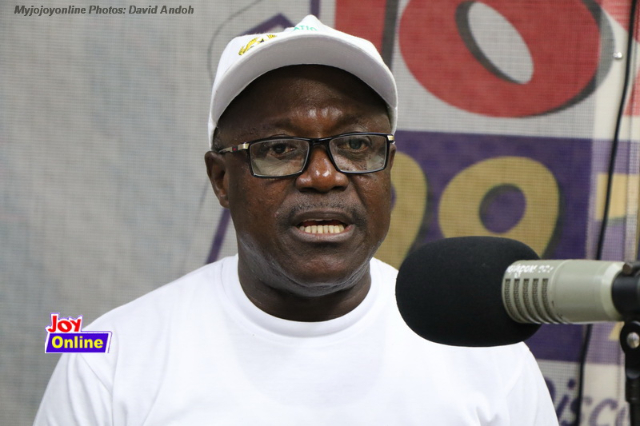 The National Identification Authority has called on politicians to desist from ‘needlessly’ politicising the national registration exercise fraught with delays.

Its Chief Executive Prof. Ken Attafuah has singled out NDC deputy General Secretary – who claims ‘massive fraud’ in the process to grant Ghanaians a biometric identity to access several social services – for caution.

Peter Otokunor has alleged, the exercise is to help the governing New Patriotic Party rig the 2020 general elections.

He made the claim following the confrontation of National Identification Authority (NIA) officers caught registering persons at a private residence in the night at Awudome in Accra when they were supposed to be closed for the day.

Prof. Attafuah urged the public to be vigilant and report NIA officers where a person has reason to believe an offence is being committed.

But expressing disappointment, the NIA Chief Executive said the incident cannot “by any stretch of anyone’s imagination on the planet constitute massive fraud.”

He warned against “exaggerative” reports and called for a “hygienic conversation” on the process and challenges the Authority faces instead of linking the President in an effort to “unnecessarily” politicise the exercise.

Prof. Ken Attafuah held out election 2020 NDC flagbearer John Mahama’s call for investigations into the incident as an example of how stakeholders should conduct themselves.

The Chief Executive conceded, the exercise has experienced frustrating delays, some due to slow internet connectivity, meandering and monstrously long queues. Some Ghanaians say they spent six hours to register for the Ghana Card.

“I am sorry”, the NIA boss begged.

While pleading with Ghanaians to cooperate with the Authority, he also charged citizens to be “prepared to go through a little bit of fatigue in order to help us build a robust National Indentification System.”

The Chief Executive also called on Ghanaians to help weed out any foreigner who attempts to obtain a Ghana Card which is a criminal offence.

Ken Attafuah revealed three persons have been arrested and are standing trial for various infractions. They include a Nigerian posing as a Ghanaian.

DISCLAIMER: The Views, Comments, Opinions, Contributions and Statements made by Readers and Contributors on this platform do not necessarily represent the views or policy of Multimedia Group Limited.
Tags:
Ghana Card Registration
Ken Attafuah
Peter Otukonor