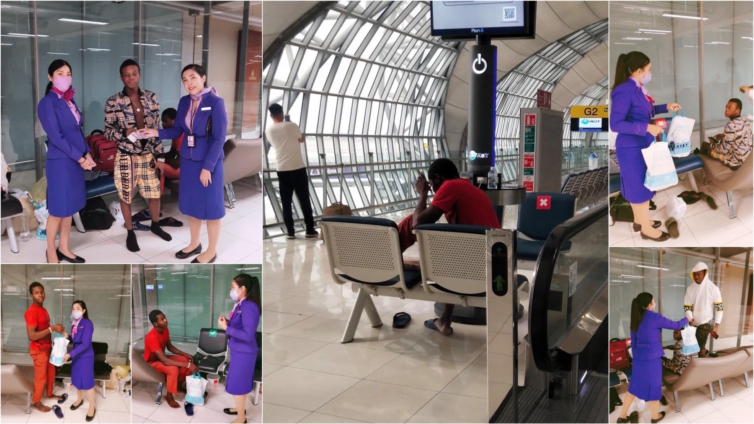 They have stranded at the airport since March

Three Nigerians who have been trapped for two months at Suvarnabhumi Airport in Thailand’s capital, Bangkok, are to return home soon, the authorities say.

The men have been stranded there since late March because of travel restrictions brought in stop the spread of coronavirus.

The Nigerian embassy in Bangkok has been in touch with the men, according to The Nigerians in Diaspora Commission.

The government agency tweeted its thanks a British man living in Thailand for highlighting their plight on Twitter.

Richard Barrow had also praised Thai airport officials for providing the men with food, water and other essentials.

Two of the men had been on their way to Laos and the third traveller to Myanmar – but none of them were able to get their connecting flights as the borders in those countries closed.

The men found themselves in a Catch-22 situation as they could not enter Thailand as they were in only transit and did not have visas.

And they could not travel back to Nigeria as the government there had also shut the country’s airports in late March.