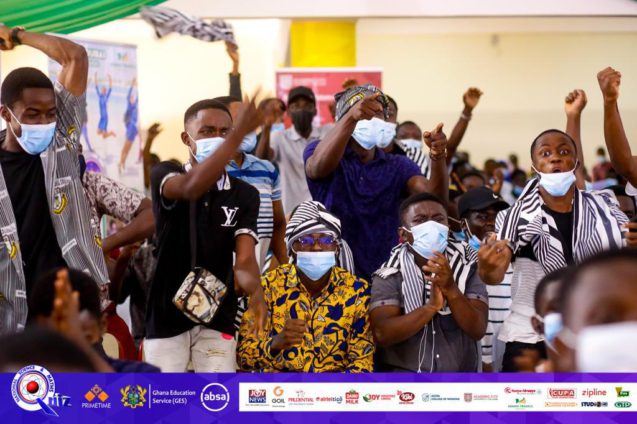 It’s been another day of thrilling contests in the 28th year of the National Science and Maths Quiz.

The competition has reached the single elimination stages and so there is no lifeline of progress even if a team amasses many points but is one short of a contender’s points.

The much-fancied Achimota School would curse their stars and they perhaps, loathe the rule mentioned above.

The Accra based school which hasn’t tasted the NSMQ glory in 17 years came into the 2021 edition keen to clinch the trophy for the third time but fell short.

Saarah-Mensah:
Congratulations 🎉 to the star of the North; Tamale SHS for effortlessly booking their spot in the quarterfinal.#NSMQinKumasi #NSMQ2021 #Primetime pic.twitter.com/RGX6ktFsm6

More painful in Wednesday’s defeat is that it came at the hands of a familiar foe, Tamale SHS who broke their hearts in a fiercely fought battle at the same stage in the Silver Jubilee edition three years ago.

Achimota, affectionately referred to as Mowtown came in hopeful to progress and keep their seeded spot but Tamasco snatched it from them in style, dominating the two-time champions.

Achimota now faces the arduous task of regional qualifiers before they can be counted in the 2022 edition.

Osei Tutu was not only on home soil in Kumasi but are named after the revered monarch, Osei Tutu II.

Their determination and fervour displayed against the favorites was not enough just like Adisadel whose worse stint in the competition in the last six years has been semifinal, and making the grand finale on five occasions.

Volta region favorites Bishop Herman College who were also in the contest, suffered a second successive defeat to Adisadel College.

The Kpando-based school has never progressed to the quarterfinal of the competition since 2015 when they returned to the nationals.

The rest of the 1/8 stage contests are set to be settled on Thursday where only the one who wants it most, will progress to the next stage.