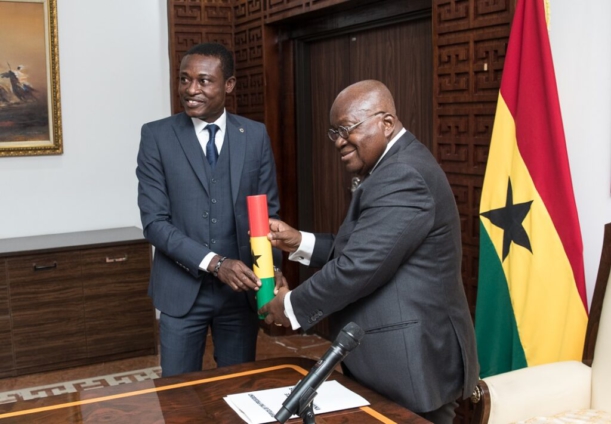 The Office of the Special Prosecutor (OSP) will soon begin a massive recruitment drive.

Mr Kissi Agyebeng hinted that 250 personnel will be engaged by January 2022 as approved in the 2019 budget.

Speaking on Starr Chat on Wednesday, he said the move aims to operationalise the office and fast-track the loads of corruption cases it continues to receive.

He said only one person was on the OSP payroll when he assumed office in August 2021.

According to him, the nine other personnel are mostly on secondment from other government agencies.

“We are setting up the office at full force. We are operationalising it. We’re going to do some massive recruitment under the 2019 Appropriation Act. 251 staff approved as a start up for the office.

“It means that we are two years behind the 251 staff strength. By the end of January 2022, we should have all these people,” he said.

The OSP was established as a specialised agency to investigate specific cases of alleged corruption and corruption-related offences involving public officers and politically exposed persons in the performance of their functions.

He is also mandated to deal with persons in the private sector involved in the commission of suspected offences, prosecute these offences on the authority of the Attorney-General and provide for related matters.

But it appears the anti-corruption institution is yet to yield any meaningful results since it was inaugurated in 2017.

But Mr Agyebeng said a lot has been achieved since he took over from his predecessor, Martin Amidu, who resigned, citing interference into his work from the presidency.

He believes a lot more will be done immediately after a Governing Board is inaugurated.

“I have applications from all over, applications are still coming in respect of the various positions, and we are going to do a massive recruitment drive within that period.

The 43-year-old criminal law lecturer further indicated that the OSP has received loads of petitions on corrupt cases.

He added that all the cases have been reviewed, and in October, his office will begin rolling them out.

According to him, most of the petitions received were in respect of the public sector, with quite a number from the private sector, including cases demanding the investigation and prosecution of family heads and chiefs for dissipating proceeds from the sales of stool lands.