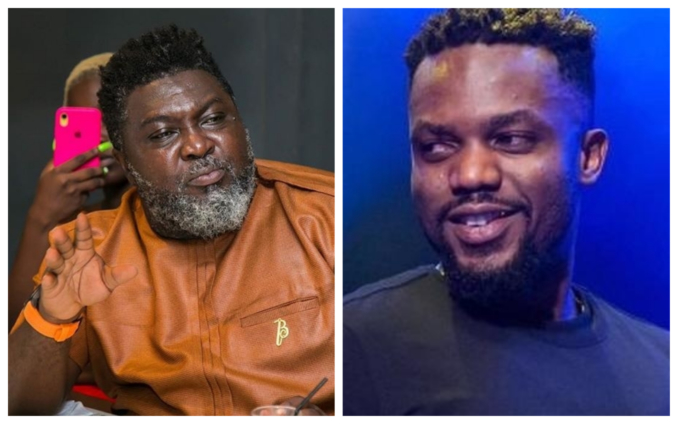 In a post on Facebook, he explained the album, which almost got him tearing up with emotion, does not follow the mainstream trend, neither does it contain any phoney music.

He wrote the album is full of pain, persistence, reflection and victory, adding that the R2Bees artiste deserves to be tagged ‘Paedae the Creator’.

Hammer stated that “Omar dared to be different on this one, delivering positive, mature content. Absolutely no gimmicks. This album changes everything. ‘S.E.D.W’ can only be described as a document labelled “classified.”

The producer went ahead to highlight some of the songs he loved in the 20 track album, explaining what makes each song he chose special.

“My advice is for our young artists to quit abusing trending drills and rhythms, put on their “Rembrandt” hat and show us some art. Dare to be different,” hammer added.

Omar Sterling (Paedae) released Same Earth Different Worlds on June 22. The album, since its release, has received accolades from fans and music lovers across the country.

The most anticipated album has been released. Big ups to Omar Sterling for putting so much effort and hardwork into this album cos ibi dhope💯💯💯#SameEarthDifferentWorlds pic.twitter.com/eTmfFeqQ1g

Omar Sterling is undoubtedly the best and realest rapper in Ghana🇬🇭. Dude doesn’t rap about drugs, he isn’t profane and doesn’t promote illegality in his music. Instead he speaks real, talks about education, promotes peace, love, encouragement and talks#SameEarthDifferentWorlds

The album currently has over a million streams on Audiomack.