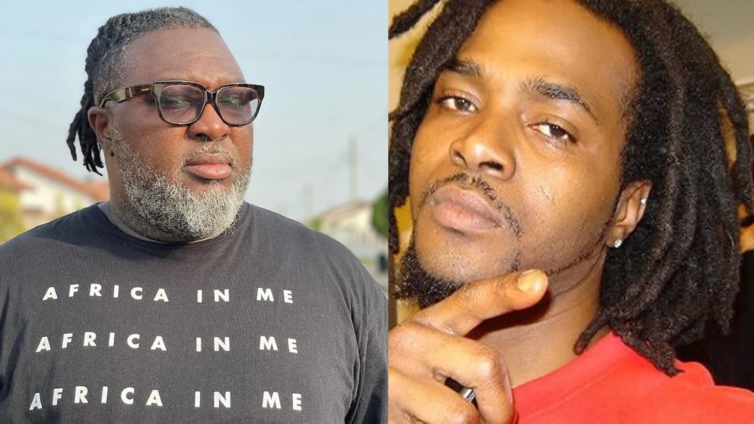 Renowned producer Da Hammer of The Last Two has revealed that the health of musician Red Eye who was recently admitted to a rehab centre has significantly improved.

Red Eye’s improvement, he said, can be attributed to the detoxification process he went through following his admission to the centre after concerns were raised over his mental health.

Detox is the process by which all traces of alcohol and drugs are removed from the body, ensuring that a person is physically stable and ready to start therapy to overcome their addiction.

Speaking on Daybreak Hitz on Hitz FM, Da Hammer said, “he’s been taken care of very well. The great thing about this rehab is that there is a studio in there, the owner has a background in music.”

“When people are in rehab they miss home, but with the studio, in there Red Eye is there 24/7. After detoxing that is all he does. We have visited him about three times. He is back,” he added.

However, the renowned producer believes that despite the improvement in Red Eye’s health, he would continue to stay in the facility for as long as it is needed to ensure he is able to sand on his own two feet when released.

Da Hammer noted that because staying in a rehab centre is expensive, he is still appealing to people who would want to help to reach out.

“We have had support pouring in small small. Obour, Obrafour and some other people who don’t want to be mentioned have supported with money,” adding that Red Eye’s bandmate Oguns has also offered to help.

This was after Red Eye was admitted to the rehab centre following some challenges with his mental health.

Hammer noted that he sought permission from the musician’s mother to get him admitted to the centre located at Achimota.

“Red Eye is an asset, the most versatile producer I have ever come across, he has produced for Stonebwoy, Kwadee, Obrafour, Castro and others,” Da Hammer said.

He added that it is thus important to ensure the Red Eye heals and gets back to working as an artiste and a producer.

DISCLAIMER: The Views, Comments, Opinions, Contributions and Statements made by Readers and Contributors on this platform do not necessarily represent the views or policy of Multimedia Group Limited.
Tags:
Da Hammer
Hammer of the Last Two