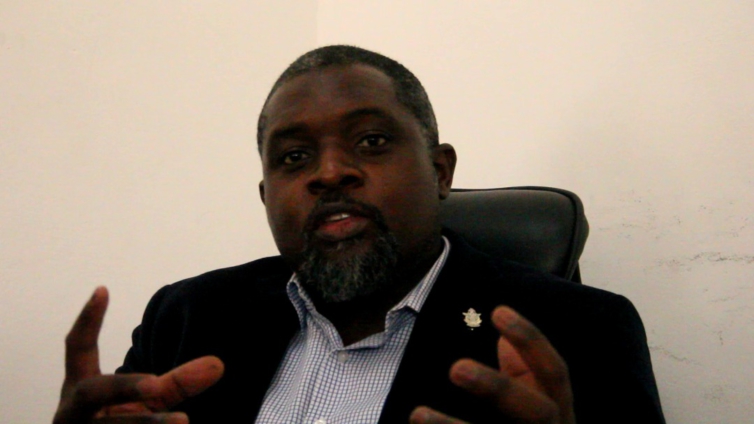 A Lecturer at the Global Health Department of KNUST, Dr. John Amuasi, has condemned the travel ban imposed on South Africa and its neighbours by some European countries over the new coronavirus variant, Omicron.

Speaking on Joy FM’s Super Morning Show, on Monday, November 29, 2021, Dr. Amuasi said the decision by the European countries is “totally out of place, not scientific, nothing short of discriminatory and I totally agree with the South African President that this is really discriminatory” since Scientists in South Africa are working around the clock to bring the situation under control.

“Whereas other parts of the world don’t even have a dose, and then they slap a ban on South Africa who is doing a good job in sequencing, it’s just so unfair,” he said.

He was of the view that the European countries have neglected the best way to deal with the situation, which according to him, is to enhance testing at the airports instead of the ban, which he said is “an easier approach to dealing with the problem.”

“The real solution to this and to the rest of other more violent variants arising, is really vaccination and this is not rocket science. It’s just simple science.

“The Scientists [and they have a network of over 7 premium institutions in that country] have been doing sequencing round the clock – they are actually doing perhaps more sequencing than many other European countries. Hence “for this to be done to them, when we know where we know Omicron actually emerged, is totally unfair.”

“They want to be sensational about it and try to look good in the eyes of their citizens,” he noted.

The EU is proposing to ban flights from the region across the whole of its bloc.

Scientists still have much to learn about the variant, but there are concerns it may be the worst yet.

It is still so new to scientists, they are yet to give it a more memorable name, like Delta or Beta. Right now, it is known as B.1.1.529, but the World Health Organization (WHO) is expected to name it on Friday.

It is very different from the other variants discovered so far and is the most heavily mutated version, which means vaccines, which were designed using the original strain from Wuhan, may not be as effective.

Where have cases been detected so far?

The WHO says so far under 100 samples have been sequenced. Cases have mainly been confirmed in South Africa, but have also been detected in Hong Kong, Israel, and Botswana.

Only about 24% of South Africa’s population is fully vaccinated, which could see a rapid spread of cases there, Dr Mike Tildesley, a member of the Scientific Pandemic Influenza Modelling group (Spi-M) told the BBC on Friday.

Israel’s PM Naftali Bennett said on Friday it is “on the verge of a state of emergency” regarding the new variant, and that he would “act fast, strong and now”.

One case was detected in a person who returned from Malawi, according to Israeli media reports quoting the country’s Health Ministry. Another two suspected infections were yet to be confirmed with test results. All three are said to have been fully vaccinated.

What are different countries doing to stop the spread?

The UK and the Netherlands have halted flights from these southern African nations:

Singapore, Italy, and Israel have placed all of those nations, plus Mozambique on their red list.

The Head of the European Commission, Ursula von der Leyen, is proposing the whole of the EU put on the “emergency brake” and stop flights from the region.

The Czech Republic will ban anyone who has spent more than 12 hours in those nations from entering as of Saturday.

Germany, which is currently going through the fourth wave of infections because of the Delta variant, will allow only Germans to fly into Germany from South Africa as of Friday night, a Health Ministry source quoted by Reuters news agency said. Even if travelers are fully vaccinated, they will still have to spend 14 days in quarantine.

South Africa’s foreign ministry criticised the UK – which was one of the first nations to impose a flight ban – for what it called the “rushed decision”.

“Whilst South Africa respects the right of all countries to take the necessary precautionary measures to protect their citizens, the UK’s decision to temporarily ban South Africans from entering the UK seems to have been rushed as even the WHO is yet to advise on the next steps,” it said in a statement.

The head of the agency leading Africa’s response to the coronavirus pandemic says imposing restrictions such as banning flights is unlikely to reduce the spread of the new variant.

“It doesn’t help… it has never helped reduce the spread of any variant across the world,” he said.