'Organise a physical graduation for us or refund our levies' - Franco 2019 batch - MyJoyOnline.com 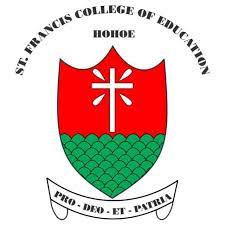 The 2019 batch of the St. Francis College of Education in Hohoe has tabled before management of their alma mattar two option with regards to their graduation ceremony.

The group opined that either the school organises an in-person graduation for graduates within a period of one month or refund the graduation levy surcharge them within two weeks.

“In light of these inauspicious situations, the SRC wish to postulate emphatically that a physical graduation be organized within a period of one month from the day this letter is received else we demand a moratorium to all issues regarding the graduation and monies paid by students should be refunded within a period of two weeks after the one-month ultimatum for the graduation”, a letter addressed to the Principal of St. Francis College of Education said.

The group argued that though all students of the batch have met all requirements, administration of the school failed to organized the graduation for them with an explanation that the coronavirus pandemic could not allow them put together the ceremony due to the large number of students.

“The excuse from the principal became questionable when the same college authorities despite the claim of the continuous existence of the Corona Virus went ahead to organize matriculation for the newly admitted students of the college on 8th February, 2021 and this was published publicly in the CoE-WJ”, the letter signed by the 2019 SRC President, Bonsi Michael Elekeh added.

“Aside these forum, other popular gatherings including fresher orientation was organized from 18th to 22nd January 2021 and other social functions are continuously organized in the same college where graduation can not be organized”.

He indicated that the College’s management later resolve to organize a virtual ceremony for the graduands of which his batch wholly rejected.

“The call and efforts towards the organization of the congregation physically seems unacceptable to the college authorities since they are bent on organizing a virtual concert for the batch.”

“It has therefore become necessary to emphatically state that, the 2019 year batch decided that, they would not part-take in a virtual graduation concert since that was not the initial agreement and what they have paid for.”

The letter further stated that “the college has not officially nor formally communicated any information concerning graduation to the 2019 year group from the onset of the issue. None of the letters written by the leadership have been replied.”

The 2019 year batch has therefore resolved that a physical graduation be organized for them or their levies refunded in full.