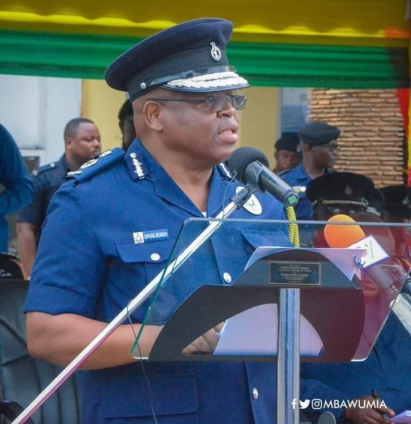 The Inspector-General of Police (IGP), James Oppong-Boanuh, says the National Election Security Task Force will deploy 6,794 personnel nationwide to ensure law and order before, during and after the December polls.

He said the Taskforce is ready to guard all the 275 coalition centres and 40,000 polling stations across the country “diligently”.

“We will approach all polling centres as hotspots,” he noted.

The IGP, who is also the Chairperson of the Task Force, at a media briefing in Accra, said the Task Force has identified 6,178 flashpoints nationwide ahead of the 2020 general elections.

He said the flashpoints were arrived at, as a result of the incidence of the previous election, the recent voters’ registration exercise as well as the rate of crimes.

Mr. Oppong-Boanuh said the Police has met with traditional leaders and faith-based organisations to educate the public on playing their part to ensure peaceful election exercise.

“We have also been meeting with election observers and envoys on their observations and their findings, which we incorporate in our plans and deliberations.

“Our priority also includes providing security for Electoral Commission officials and polling centres. We remain resolute and committed to peace and order, before, during and after the elections,” the IGP added.

The Task Force was established on October 17, 2019, comprising personnel from the Police, Ghana Immigration Service, Ghana National Fire Service, Bureau of National Investigations, among other security services, with the mandate to ensure peaceful elections