Parliament fights not the best; MPs must respect each other to enable development - Prof. Addae-Mensah - MyJoyOnline.com

Parliament fights not the best; MPs must respect each other to enable development – Prof. Addae-Mensah 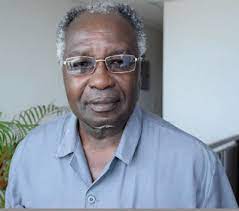 A former Vice-Chancellor of the University of Ghana, Professor Addae-Mensah has condemned fighting incidents that marred the first session of the 8th Parliament, last year.

Speaking in an interview on Accra-based Asaase Radio, he indicated that, the Majority and Minority Caucuses in Parliament, must learn to respect each other to foster a healthier atmosphere for parliamentary business.

According to the academician, the two sides must recognize their unique roles and build the needed consensus to drive development in the country.

“It is difficult to put one’s finger on the real problem but sometimes one is tempted to think that there is a problem of lack of mutual respect that is permeating through Parliament.

I think one side feels that their role is not properly recognised. The other side feels that the winner takes it all; we’re the big people, we’re in power so, you can say what you like, we’ll do what we like. I think that is what they have to address and do something about it as quickly as possible. Parliament fighting is not the best. But it is not the first time it has happened. If there’s mutual respect for each other, I think people will be more prepared to be tolerant”, he explained.

Professor Addae-Mensah made these comments in connection with the widely condemned fisticuffs, which characterised parliamentary proceedings last year.

On December 20, 2021, some MPs were engaged in a fight during a headcount on whether or not to accept the E-levy bill under a certificate of urgency. Following this development, Parliament reconvened the next morning, amidst tight security presence.

The house then resolved to go on a break and resume on January 18. However, according to a press release by the Public Affairs Directorate of the Parliamentary Service, Parliament will resume at 10:00am on January 25.

Ahead of the recommencement, Professor Addae-Mensah wants the two sides to be more decorous in their exchanges.

Meanwhile, Majority Chief Whip, Frank Annoh-Dompreh, has hinted that the controversial Electronic Transaction Levy rate of 1.75% will be reviewed when Parliament reconvenes for its second session. In an interview with Accra-based Citi News, the Nsawam Adoagyiri MP said stakeholders have been extensively engaged, and the E-levy would be tabled in a form acceptable to all.

“I have a feeling that there might be one or two amendments, especially concerns about utility and probably the rates. I am sure there will be some amendments to it. I am not concluding though, but from intelligence, I am picking, the kind of thinking the MPs are showing, I am very sure that there will be some change in form”, he said.

Speaking at the investiture of the newly elected president of the Association of Ghana Industries, Humphrey Anim-Dake, Deputy Finance Minister, Charles Adu-Boahen, also reiterated that “This month [January 2022] we will go back to the floor of Parliament with the E-Levy and ensure that it get pass by the end of the month”.