'Parliament should consider having its own attorney' - Prof Kwaku Asare - MyJoyOnline.com

‘Parliament should consider having its own attorney’ – Prof Kwaku Asare 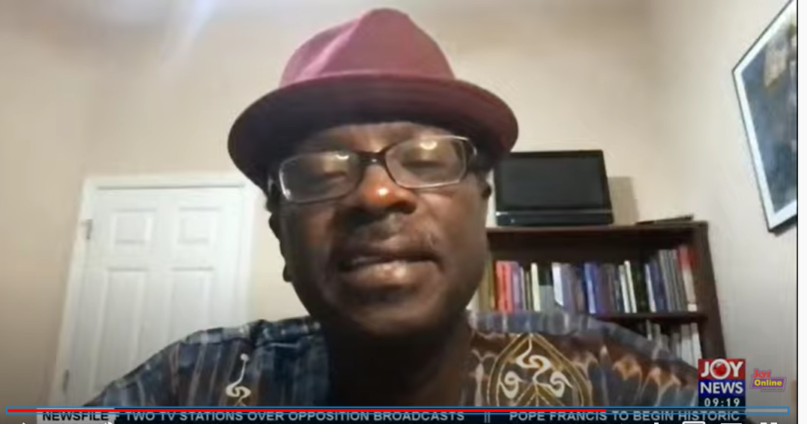 A Centre for Democratic Development (CDD) Fellow on Law and Justice, Prof Kwaku Asare, has said Parliament needs to have a proper representation in Court to defend issues that impact its governance and structure.

He says it is inappropriate for a court to demand the revocation of a particular Parliamentary procedure where the House has not representation in the hearing or determination of a suit filed against it.

In his reaction to the Supreme Court Judgement that declared that a Deputy Speaker reserves his voting rights despite presiding over parliamentary proceedings, Prof Asare said it high time Parliament constitutes its own counsel.

Speaking to Samson Anyenini on JoyNews’ AM Show, Monday, the KPMG Professor of Accounting stressed that “Parliament is a body and that body can have a representation.”

He explained that “the representation will not be for the Speaker of the Deputy Speaker or any individual Member of Parliament. It will be for Parliament.”

“Parliament itself has its standing orders and what is being contested is the constitutionality of that Standing Order so I am not sure why the Counsel cannot take that position that Parliament is committed to the Standing Orders,” he said.

According to him, only Parliament reserves the right to revoke any of its Standing Orders and not the Court.

“That will be the function of the counsel; it doesn’t have to take instructions from the Speaker or Deputy Speakers and all that fighting. It’s a simple matter.”

The Apex Court presided over by Justice Jones Dotse ruled that a Deputy Speaker can be counted during the formation of a quorum for Parliamentary decision-making and participate in voting while presiding over the parliamentary business.

There has been an enormous uproar following the judgement. While the Majority Caucus described it as a ‘refreshing’ outcome. Many, particularly the Minority in Parliament, says the ruling is absurd and could destroy the processes in the House.

Meanwhile, a former Deputy Speaker of Parliament, Joe Ghartey, has entreated his colleagues to seek review of the Supreme Court ruling that Deputy Speakers can vote while presiding if they disagree with it.

He said the controversies surrounding the judgement are needless since aggrieved parties can always opt for review at the Supreme Court.

The former Minister of Justice indicated that there can be the possibility of a change in the ruling; hence, Members of Parliament who do not agree with the current ruling have the opportunity to seek redress.

“There are three institutions of government. Parliament is not the only one among them that is a master of its own rules. The Judiciary is as well.”

“This shouldn’t be an issue at all. If any of the parties disagree with the judgment, they can call for a review, and who knows, the Court may change its mind,” he said.