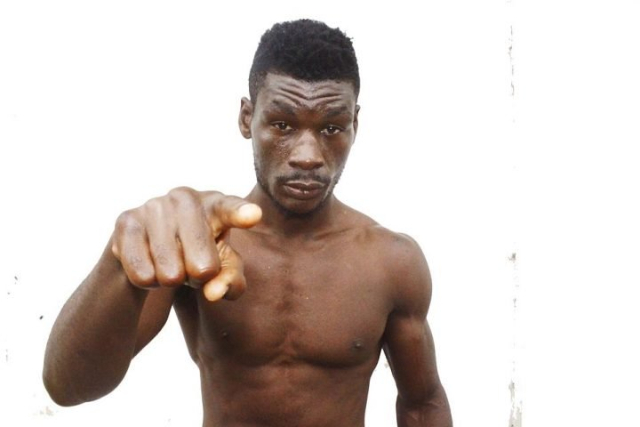 A boxer who has been accused of punching a football fan in the face for jubilating after his team had scored on Monday appeared before an Accra Circuit Court charged with causing harm.

Patrick Allotey, 29, pleaded not guilty and was granted bail in the sum of ¢100, 000 with three sureties two of whom are to be public servants earning not less than ¢1,500.

The accused is to deposit his passport at the Court’s Registry and report to the Police every Wednesday, as per the orders of the court presided over by Ellen Asamoah.

Chief Inspector Haligah said on January 26, this year, both the complainant and Allotey were at the Accra Sports Stadium to watch a match between arch-rivals Accra Hearts of Oak and Kumasi Asante Kotoko.

The prosecution said the complainant who is a supporter of Kumasi Asante Kotoko stood up and started jubilating when his team scored the first goal.

The prosecution said Allotey confronted Agyemang to move away from where he was jubilating and without any provocation, hit Agyemang in the face, resulting in the complainant getting a deep cut on the upper part of his left eye.

The Prosecution said the incident was reported to the Police and medical report form was issued to the complainant to seek medical attention.

He said on January 30, this year, accused was picked up by the police for investigations.

DISCLAIMER: The Views, Comments, Opinions, Contributions and Statements made by Readers and Contributors on this platform do not necessarily represent the views or policy of Multimedia Group Limited.
Tags:
Patrick Allotey