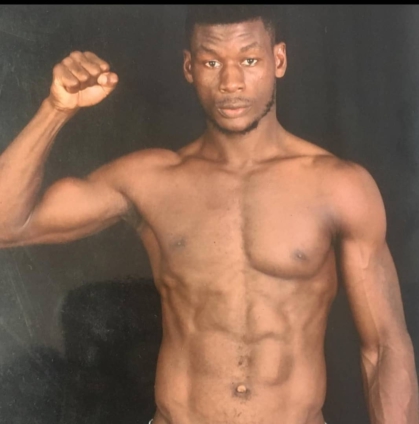 After a failed attempt at winning the WBO super welterweight title, Ghana’s Patrick Allotey has set his sight on revamping as he steps into the ring on March 26.

What is the assignment? Another crack at the WBO Africa title which he held throughout the 2018 boxing calendar – this time he has Tanzania’s Hamisi Maya as a hurdle.

The fight night put together by Cabic Promotions will be broadcasted live on the Joy Prime Channel and an international audience via satellite.

Allottey is lifting himself off a period of low moments including a ban from the Ghana Boxing Authority (GBA) and the lean period of the restrictions placed globally as a -result of the Covid-19 Pandemic.

“I don’t want to lose again. I want to thank all my fans for sticking with me even when I lost the world title opportunity. I want to assure them that there is a new me and I wish to show that to the world and get back on track,” told the first official news conference at the Idrowyth Events Center, venue for the big night.

Allotey shot into prominence during the 2018 calendar when he annexed and defended the WBO twice under the Cabic Boxing Promotions umbrella.

The orthodox has also since switched trainers from retired Naval Officer, Charles Quartey to Ofori Asare, founder of the Wisdom Boxing Gym in Accra.

Allottey has four defeats in 45 bouts the most prominent of these losses being that to Jaime Munguiya for the main WBO super welterweight title in 2019 on Carson.

Before that, the Ghanaians had defeated Ugandan Badru Lusambya and Congolese Sherif Kasongo at the Bukom Boxing Arena in eliminators and had broken into the top 15 global rankings.

Twenty-four-year-old Maya who is also known in the ring as ‘Hit Man the Lion Heart’ has won the most of 16 bouts with 13 wins and three losses. He also comes into the ring carrying the positive reputation that Tanzanian boxers have in Ghana due to performances put up. The southpaw from Dar es Salam could be troublesome for Allotey just as some boxers with a similar stance have proven tough nuts for their orthodox opponents.

“We have been here for some time now and want to do something spectacular for the fans on March 26. Covid brought its challenges but we decided to keep going and gladly we are here. We want to give the fans quality throughout in addition to the main event,” Ivan Bruce Cudjoe, the promoter told Joy Sports.

DISCLAIMER: The Views, Comments, Opinions, Contributions and Statements made by Readers and Contributors on this platform do not necessarily represent the views or policy of Multimedia Group Limited.
Tags:
Hamisi Maya
Patrick Allotey
WBO Africa