Paul Okoye shows off new partner a year after divorce 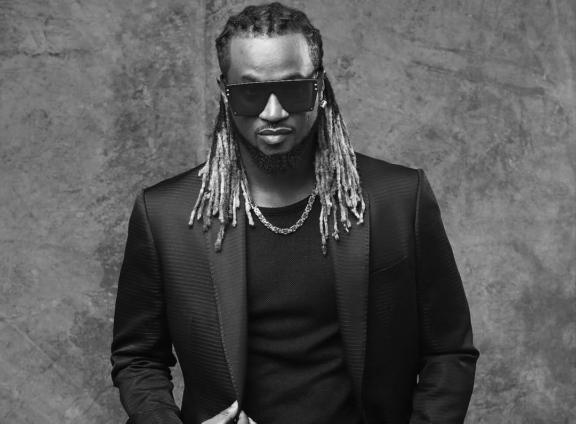 It has been a year and three months since Paul Okoye of PSquare fame and Anita Isama ended their marriage and it appears the singer has found love again.

In August 2021, Anita filed a petition to end their seven-year-old marriage. The petition cited irreconcilable differences as the basis for the breakdown of the marriage.

However, with his recent actions, the Jos-born singer appears to have moved on to another relationship.

On Sunday afternoon, Paul buzzed the internet when he posted a video of himself driving to church.

On the clip was the caption; “Church with my beautiful.” The video captured him in church, listening to the sermon in the company of a female.

Seconds later, the video shows them back home, enjoying a meal on what can pass for a relaxing Sunday afternoon.

It also shows the ‘couple’ taking a mirror selfie in the same church outfit.

The mystery lady behind Paul Okoye’s smile goes by the name Ivy Ifeoma on Instagram.

She is a model, influencer and digital creator. She also runs The Ivy Mark, a female clothing brand.

According to reports, the couple has been going out for a while.

A recent clip posted on her Instagram page with her name blurred out is circulating on the internet.

The video shows her out on a birthday outing with a man suspected to be Paul, who also goes by the name, Rude Boy.

She wrote: “Men will stain your white. The plan was to take him out on his birthday, but he took me out instead. SMH! Okunrin.”

The five allegations Anita made against her ex-husband were “infidelity, alleged separation, absentee parenting, fraud and painful experiences.”

According to the court petition, the ‘Reason with Me’ singer cheated her out of a deal to build a mall to be jointly owned.

Anita said she contributed N10 million, and they agreed that she would be granted space at the mall upon completion.

She said that upon completion of the mall, Paul reneged on the agreement and failed to give her company, TannkCo, a space in the mall as earlier agreed.

Despite going their separate ways, the ex-couple enjoys a cordial relationship.

Paul shared Anita’s birthday shoot on his Instagram story with a special shout-out to celebrate her.

They also seem to be co-parenting their kids on cordial terms, as the singer recently took them on vacation, where they had a lovely time.

Meanwhile, Ms Anita appears to have had a new lease on life as she recently bagged an MFA in Luxury and Brand Management at Savannah College of Art and Design, Atlanta, USA.

DISCLAIMER: The Views, Comments, Opinions, Contributions and Statements made by Readers and Contributors on this platform do not necessarily represent the views or policy of Multimedia Group Limited.
Tags:
P Square
Paul Okoye