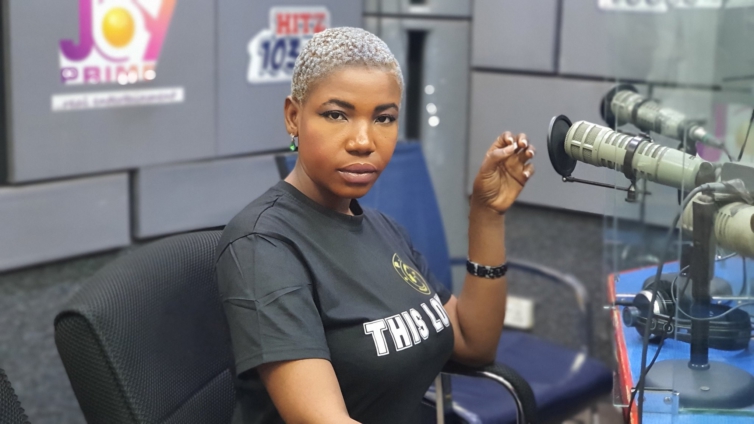 Singer Efe Keyz has asked Ghanaians to apologise to actress Moesha Boduong for chastising her over her body enhancement revelations.

According to her, body enhancement has become the norm that people accept and admire their favourite celebrities for.

Speaking on Daybreak Hitz on Hitz FM on Friday, Efe Keyz said that “it got to a time that people were hating on Moesha for so long for her body enhancement, including our own celebrities but now it has become like she has opened the eyes of people.”

The singer told the host Doreen Avio that she defended Moesha Budoung at the time she faced public wrath for admitting she made changes to her body.

“If now people are willing to accept it then why were they thrashing her? Now that our favourites are doing it, we need to apologise for some of the nasty comments that we made on her page.”

Despite her support for Moesha, Efe Keyz noted that she prefers to frequent the gym than undergo plastic surgery.

In the past year, Moesha Boduong became the talk of the town after she disclosed that she has enhanced her hips and buttocks, adding that, her curvaceous body wasn’t all natural.

Although she faced a lot of backlash for her revelations, she stated that most celebrities admire liposuction bodies but did not have the courage to go under the knife until she took the first step.

She noted that musicians and actresses had undergone one body enhancement procedure or another but keep deceiving the public that it is their natural body.

Since then, a few people have come forth admitting to having undergone some procedures to enhance their bodies.

In July, singer Francine Koffie, popularly known as Fantana, disclosed that she enhanced her body upon venturing into the showbiz industry.

She said that even though people loved her original body shape, she wanted to get “some things fixed.” Fantana added that there is nothing wrong if people patronise plastic surgeries, hence she is proud of her recent “butt and hip” uplift.

According to her, just as car owners service their vehicles occasionally, people with the resources who are healthy and want to look good can also make the changes they want to their bodies.

Speaking at a seminar organized by Glitz Africa in Kumasi, Nana Ama McBrown said she is not shy to talk about liposuction and other body-enhancing processes.

“I am saying it, and I am not shy because if you are growing and you are comfortable and you have the resource and you are healthy, you still need maintenance.

“When you buy a car in the year 2000 and you use it till now, won’t you spray it and change its bonnet?” she asked.