It was nice, I just made it better – Fantana opens up about enhancing her hips 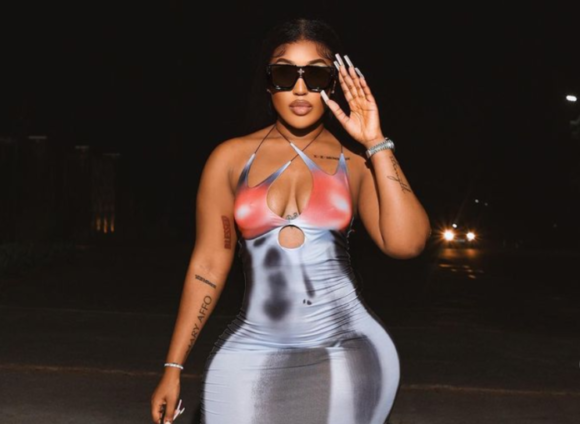 Singer Francine Koffie, popularly known as Fantana, has disclosed that she enhanced her body upon venturing into the showbiz industry.

Speaking in an interview with Zionfelix, Fantana said even though people loved her original body shape, she wanted to get “some things fixed.”

According to her, there is nothing wrong if people patronise plastic surgeries, hence she is proud of her recent “butt and hip” uplift.

Additionally, Fantana noted that she is not the type to lie and claim her “butt and hip” are all natural.

“I just fixed it. It was already nice, but I just made it better. There is nothing wrong with it. Some people do it and say they haven’t done anything, which is misleading people. A lot of people follow me, and I wouldn’t lie about it. If you don’t like something about yourself, go and fix it,” she said.

Fantana stressed that, “it was almost perfect, but sometimes you want to be extra…as a musician, people look at me and I will rather fix it.”

She added that “now my shape is okay for me and I enhanced it to look curvier. I feel like in America people are okay with it, but in Ghana, they feel shy about it.”

Meanwhile, the singer admitted that more men are getting attracted to her, unlike, when she started doing music in Ghana.

“I did it to feel more confident and not to hide my stomach. A lot of women fix themselves for themselves. I feel like mine is fine… It’s attracting more men. I’ve always attracted people, but it’s attracting 10 times more.”

DISCLAIMER: The Views, Comments, Opinions, Contributions and Statements made by Readers and Contributors on this platform do not necessarily represent the views or policy of Multimedia Group Limited.
Tags:
body enhancement
Fantana