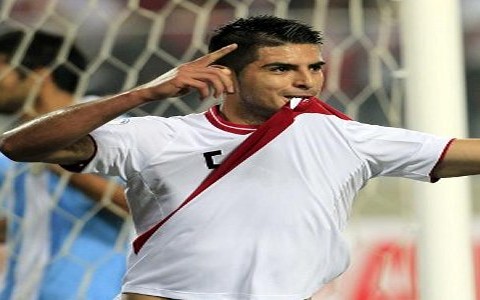 In an open letter on the website of his club, Eintracht Frankfurt, Zambrano said: “After my match with the Peruvian national team against Argentina, articles appeared in the press saying that I had mocked and insulted Lionel Messi and Gonzalo Higuain. Which is false.”

“Those who know me know that I have always respected my opponents,” added Zambrano, who said that players like Messi and Higuain “deserve the utmost respect and recognition” for “all of the great things they have done in their careers”.

After the match against Argentina, several media outlets reported that Zambrano had accused Messi and Higuain of “complaining about everything – they are like a couple of little girls”.

The 23-year-old Zambrano, who has been in Germany since joining Schalke in 2006, moved to Eintracht after their promotion to the Bundesliga last season.