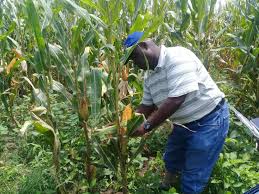 A lecturer at the Agric Department of the University of Ghana says the Planting for Food and Jobs programme implemented by the current government does not take into consideration issues that will positively impact the lives of the farmers.

Speaking on the Super Morning Show on Tuesday, July 27, 2021, Dr Irene Agyiri said though the programme makes available resources to facilitate the activities of farmers, it is also characterised by some shortfalls which could impede its sustainability.

Her concern forms part of discussions on the Super Morning Show about the sustainability of the programme following comments by Agric Minister, Dr. Owusu Afriyie Akoto that the programme is not sustainable due to debts owed fertiliser suppliers.

Speaking on the development, the Lecturer who is also a farmer said the programme lacks comprehensive solutions to address the genuine needs of farmers.

She explained that while the programme makes available resources such as seedlings for planting, and fertiliser at a subsidised price, it does not take into consideration other factors such as irrigation which is necessary when it comes to unfavarouble rainfall patterns.

“Although the Ministry has done what it can do by making resources available to farmers, it was obvious from day one that we could fall into trouble because we didn’t have a hold on rainfall, pest and disease issues,” she said.

Last week, the Food and Agriculture Minister in an interview expressed concern over the sustainability of the Planting for Food and Jobs (PFJ) programme due to what he said was a large debt owed some stakeholders.

Dr Owusu Afriyie Akoto said importers of fertiliser under the PFJ were under siege by their financiers because out of GH¢940 million owed dealers in fertiliser and other subsidies since the beginning of last year, the government had been able to pay only GH¢250 million.

But throwing more light on the statement, Deputy Agric Minister, Yaw Frimpong, said Dr Akoto’s comment has been taken out of context.

He clarified that the debt the Minister was referring to is unpaid debts (of suppliers) for the first half of 2021.

He further explained that the fertilisers are supplied upfront and later paid for.

He noted, however, that efforts are in place to settle the outstanding debts.