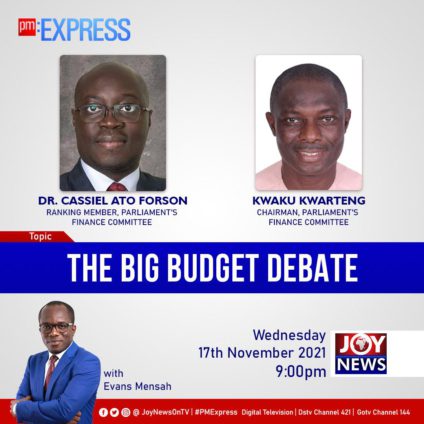 The Minority in Parliament has vowed to oppose some of the proposals made in the budget, particularly the tax on electronic transactions.

The Ranking Member on the Finance Committee and MP for Ajumako-Enyan Esiam, Cassiel Ato Forson argued that the electronic transaction levy which is an applicable rate of 1.75% on all electronic transactions will not be accepted by the Minority caucus since it would worsen the hardships faced by Ghanaians.