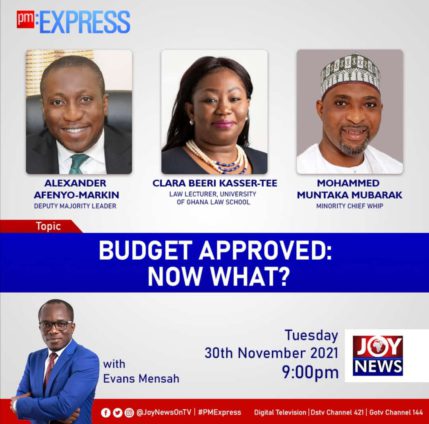 Parliament has approved the 2022 Budget Statement and Economic Policy of government presented by Minister for Finance, Ken Ofori-Atta on November 17.

The budget was approved today in the absence of MPs from the Minority, who declined to participate in the business of the day.

This new development comes after the rejection of the same budget by Parliament on Friday.