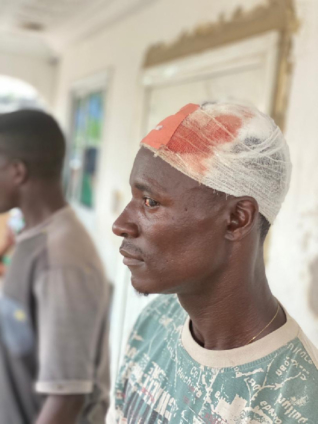 Police at Jomoro in the Western Region has invited executives of the National Democratic Congress (NDC) and the New Patriotic Party (NPP) to a meeting after a clash between their sympathisers left two persons injured.

Public Relations Officer of the Western Region, DSP Olivia Adiku explained that the clash occurred as members of the two parties celebrated their victories.

“The NPP were excited about a presidential win and the NDC were jubilating following the victory of their elected MP, Dorcas Affo-Toffey,” she told JoyNews.

However, Police in Jomoro say two sympathizers of the NPP and NDC who sustained injuries during the clash have been treated and discharged.

She further urged the public to disregard a video circulating online showing a man whose limbs had been severed following the incident as not a true reflection of the incident.

DSP Adiku said calm has been restored to the area and executives of the two parties have been invited by the Regional Commander to settle their differences.