Police on manhunt for missing priests in Nigeria 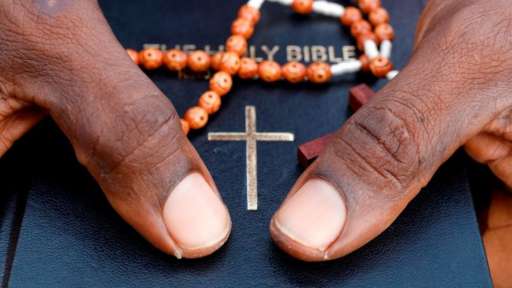 Police in southern Nigeria says they’ve launched a manhunt for two Catholic priests who were kidnapped at the weekend in Edo state.

The two men – Father Udo Peter and Father Philemon Oboh – were abducted by gunmen along a motorway linking the cities of Benin and Auchi.

It comes a week after gunmen killed a priest, Father Christopher Odia, near Auchi.

In a separate development, the authorities in the north-western state of Zamfara, have recruited more than 9,000 people who they call “community protection guards” to fight criminals.

At the end of last month, the state governor urged people to buy guns to defend themselves against so-called bandits.