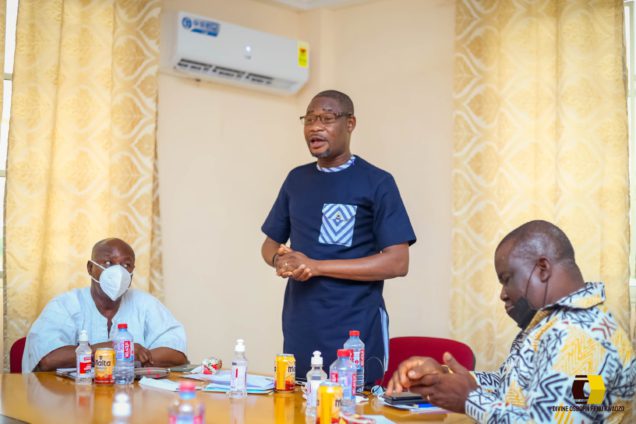 He believes this would help identify the needs of the traditional areas and provide them with the necessary solutions.

Mr Fenu made the request when he interacted with the traditional leaders to formally introduce himself.

The DCE highlighted the importance of traditional leaders as key stakeholders in the District’s formulation and implementation of government policies.

“I advised against building without acquiring proper legal documentation from the District Assembly henceforth so our district can be well planned,” Mr Divine Fenu said.

He added that towns and villages within the District should be properly planned so that access roads could be created.

He therefore urged the traditional leaders to intervene in making lands available for investors to end the situation of investors having to leave the District to other places due to land litigation.

In regards to the Covid-19 vaccination exercise being carried out by the Ghana Health Service (GHS), the North Tongu DCE  reiterated government’s commitment to vaccinate 20 million Ghanaians before the end of this year

To ensure its fruition, he urged the Chiefs and Queen mothers to encourage resident to avail themselves and get themselves vaccinated against the pandemic amidst the recent Omicron variant.

Touching on infrastructural development, Mr Fenu announced that the contractor working on the Battor Aveyime and Mepe town roads will soon return to site for the completion of the projects.

The traditional leaders expressed their appreciation for the gesture and intimated their readiness to work with the DCE to improve the living standards of the people.