Presidential jet: Concerns over buying a new jet due to lack of transparency by government - Barker-Vormawor - MyJoyOnline.com

Presidential jet: Concerns over buying a new jet due to lack of transparency by government – Barker-Vormawor 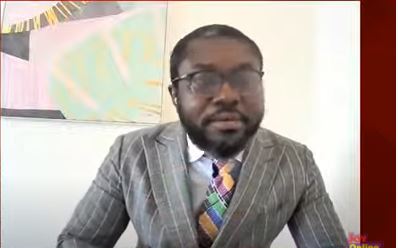 Researcher at the Faculty of Law of the University of Cambridge, Oliver Barker-Vormawor has explained why the Minority in Parliament and members of the general public are against the decision of the government to acquire a new presidential jet.

Discussing the topic on JoyNews’ Newsfile, on Saturday, Mr Oliver Barker-Vormawor explained that the secrecy surrounding the expenditure and the alleged high cost involved, are factors that have contributed to the stance of those opposed to the decision

Mr Barker-Vormawor further stated that most crucial expenditure that impact on the public purse have not been communicated well to the public. He listed the Agyapa deal, Agenda 111 as examples.

According to him, it appears that government goes on the attack when citizens demand transparency on some of these matters.

“You can look at the problem from four angles. One has to do with the issue of transparency. Why should government dealings, particularly public expenditure, government contracting, be shrouded in so much secrecy.

“It seems to me, there is a knee-jerk apprehension or perhaps an antagonistic approach to the release of public information in anything the state is involved in. We have the same problem when we consider Agyapa deal, Aker Energy, Kroll, even Agenda 111 procurement, then the presidential aircraft listing. Just about anything the government is involved in, we are bound to encounter significant resistance to public disclosure.”

He cited the Ministry of Foreign Affairs’ response to MP for North Tongu, Samuel Okudzeto Ablakwa’s question as to why the country’s presidential jet was lent to Liberia President George Oppong Weah, when government indicated that it had faults, as an example of the antagonistic approach employed by government.

“When you see the release issued by the Ministry of Foreign Affairs to respond to Okudzeto Ablakwa’s question on the circumstances under which the presidential jet was used by the Presidents of Seira Leone and Liberia, it almost read as if, how dare you to demand answers for this question. Or to put it, Okudzeto Ablakwa is seeking to deliberately muddy the waters with this negative comment.

He is the Ranking Member of the Foreign Affairs Committee. As to the circumstances he used it, you could have just gone ahead and said ‘we decided to bring them to facilitate the ECOWAS meeting’. There was no need to characterize it as if you’re doing something wrong when you are asking for information about why we used the presidential jet,” he said.

Mr Barker-Vormawor also stated that, “I don’t expect that any political party is going into this discussion expecting the red carpet to be rolled out for them.”

For the Minority in Parliament and the opposition National Democratic Congress, government’s decision to buy a new aircraft is an insult to the intelligence of the public and an action that would show the world that the NPP government is not a protector of the public purse as indicated by the President.

Speaking on the show earlier, the NDC Communications Officer, Sammy Gyamfi stated that “the decision by the Akufo-Addo- Bawumia, NPP government to buy a new presidential jet is a misplaced priority and will amount to a waste of the public purse if allowed.”

“The mere thought of it at this time is insensitive to the plights of the ordinary Ghanaian and an insult to our sensibility. If President Akufo-Addo and Bawumia cared about the sufferings of Ghanaians, they would not even think of buying a presidential jet at this time,” he added.