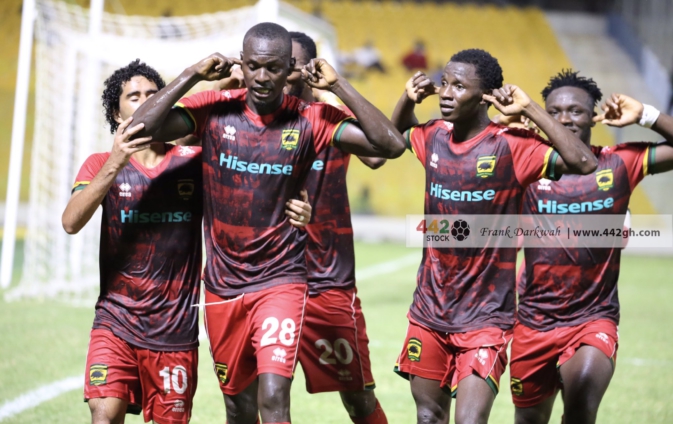 Asante Kotoko have one more chance to enjoy continental football as they prepare for a first leg playoffs battle with Algerian side ES Setif in Accra on Sunday.

The Porcupine Warriors were on course for a group stage appearance in the CAF Champions League but were controversially knocked out by Sudanese side Al Hilal.

Last season, they faced a similar but less controversial predicament. They were knocked out of the CAF Champions League in the first round by Tunisian side Etoile du Sahel.

They dropped into the CAF Confederation Cup as a result but were knocked out by Ivorian side San Pedro in the playoffs.

If they record a victory over the Black Eagles, they will move on step closer to a CAF Confederation Cup group stage appearance for the first time since 2019.

What is the kickoff time?

Current form of both teams

The Porcupine Warriors have lost just one of their last five games in all competitions.

The Kumasi-based side followed the result with a 0-0 draw with AshantiGold and consecutive victories over Inter Allies and Karela United.

They are currently top of the Ghana Premier League log.

The Black Eagles have also lost just one of their last five matches in all competitions.

After losing 1-0 to MC Alger, ES Setif followed with a labored 1-0 away win over CS Constantine.

They then recorded consecutive draws with Olympique Medea and CR Belouizdad. The Algerian powerhouses recorded a 4-1 win over MC Oran afterwards.

ES Setif are currently top of the Algerian top flight.

The hosts do not have any major problems ahead of the game.

After going through a PCR test in Ghana, the team have tested negative for COVID-19 and are ready for the clash.

DISCLAIMER: The Views, Comments, Opinions, Contributions and Statements made by Readers and Contributors on this platform do not necessarily represent the views or policy of Multimedia Group Limited.
Tags:
Asante Kotoko
CAF Confederation Cup
ES Setif