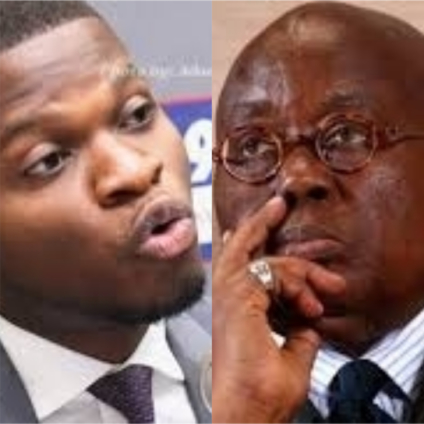 The National Democratic Congress has asked President Akufo-Addo to demonstrate his commitment towards the fight against ‘galamsey’ by prosecuting his officials who have been found complicit in illegal mining immediately.

National Communication Officer of the party, Sammy Gyamfi at a press conference on Thursday said the government is being rhetorical rather than taking action against the menace.

He said the only way government could resolve the issue is by cracking the whip on its own officials.

“Ghanaians are tired of your flowery speeches and useless rhetoric. The so-called fight against ‘galamsey’ has been a spectacular failure and the only way to salvage it is for you to man up and finally begin to crack the whip on your errant appointees and NPP functionaries who are neck-deep in the ‘galamsey’ business.

“We demand the immediate prosecution of all NPP functionaries and NPP officials who have engaged in illegal mining such as Charles Bissue, Chairman Wontumi, the evidence is clear, Andy Owusu, Ekow Ewusi, Prof. Frimpong Boateng among others,” he stated.

The NDC believes such action, if taken by the President, will serve as a deterrent for other party officials engaged in the activity.

While the NDC pointed out that the government has failed in the ‘galamsey’ fight, the party is alarmed that the President and the Lands Minister have resorted to “shifting the blame on Chiefs and MMDCEs”.

According to Sammy Gyamfi, the attempt by the President to blame the Chiefs is “shameful and must be condemned”.

“No attempt to shift or share blame for his failed ‘galamsey’ fight would wash. He was the one who put his presidency on the line and he would be held responsible for the failed fight,” he said at the press conference.

Meanwhile, President Akufo-Addo has vowed to deal with persons within his government who may be found complicit in illegal mining activities.

He said this when he met with MMDCEs on Wednesday to court support for the fight against the canker.

“I am not here to threaten anybody, but I want you to know that this is a struggle that I take very seriously and I will not be in a position to protect anybody against whom evidence is massed up about their complicity in this matter…I am a lawyer and I always deal with facts and when the facts are brought against you, you will be invited to comment on them.

DISCLAIMER: The Views, Comments, Opinions, Contributions and Statements made by Readers and Contributors on this platform do not necessarily represent the views or policy of Multimedia Group Limited.
Tags:
Akufo-Addo
Chairman Wontumi
Galamsey
NDC
Sammy Gyamfi