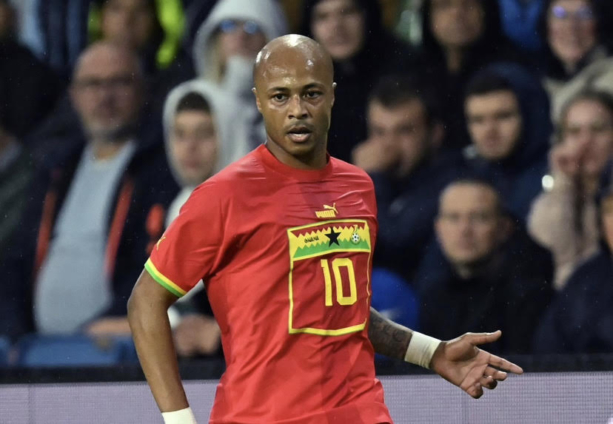 Ghana national team captain Andre Ayew is urging his side not to target “revenge” against Uruguay but go all out for “points” at the impending World Cup.

The Black Stars face the ‘La Celeste’ in the last match of the group phase on 2nd December, 2022.

It serves as an opportunity for Otto Addo’s side to pay back the pain inflicted on Ghanaians during the 2010 FIFA World Cup where Ghana was eliminated on penalties by the Sky Blue team.

But Ayew does not see it as prudent and rather wants his teammates to fight for points.

“As team leader, I don’t believe we should view this game as revenge. Instead, we must be smart enough to recognise that it is a match we need points from,” he said in an interview with Al Jazeera.

“We just want to win against Uruguay after everything that has been said in the media. As a player, if you go into a game with the intent of retaliation, you can make a lot of mistakes and be hyper.”

“We just need to stay calm, follow the plan and try to win the game, or do whatever we can to advance to the next stage.”

Before the encounter, Ghana will meet Portugal in the opener on 24th November before facing South Korea four days later.

DISCLAIMER: The Views, Comments, Opinions, Contributions and Statements made by Readers and Contributors on this platform do not necessarily represent the views or policy of Multimedia Group Limited.
Tags:
Andre Ayew
Black Stars
Uruguay
World Cup