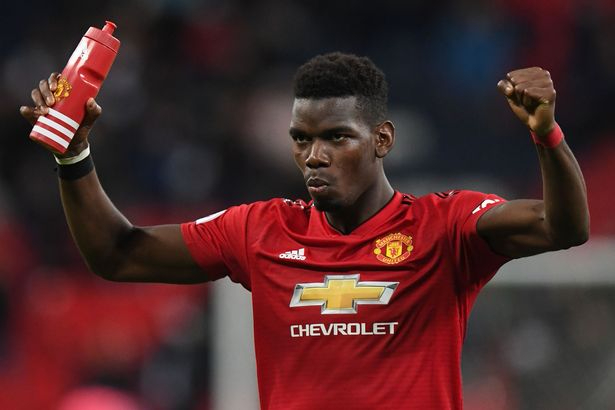 Paul Pogba has described Real Madrid as "a dream club for every player" but says he is happy at Manchester United.

The midfielder, 26, has praised caretaker-manager Ole Gunnar Solskjaer but says Real represent "a dream for every kid, for every football player".

"It's one of the biggest clubs in the world. I've always said Real Madrid is a dream club for every player," Pogba told a news conference in France.

"At the moment I'm happy in Manchester. I play. There's a new coach."

Pogba is set to feature in Euro 2020 qualifiers against Moldova on Friday and Iceland on Monday.

While on international duty, the former Juventus midfielder has given all of his France World Cup winning team-mates world champion rings modelled on those produced for many American sports.