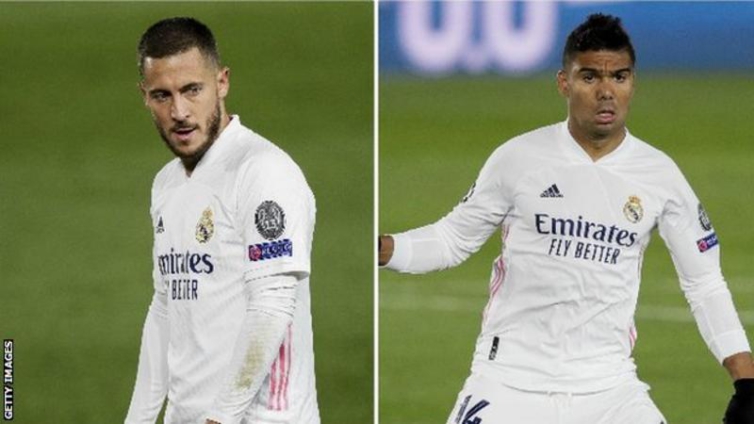 Hazard and Casemiro both face a spell on the sidelines

Real Madrid duo Eden Hazard and Casemiro have both tested positive for coronavirus and will now undergo a period of self-isolation.

The 29-year-old Belgium forward and the 28-year-old Brazil midfielder will now miss Sunday’s trip to Valencia.

In a statement, Real said that they were the only positive results after testing on Friday.

Hazard had been named in the Belgium squad for their upcoming internationals, including against England on 15 November, despite limping off after 65 minutes during Real’s 3-2 victory against Inter Milan in the Champions League on Tuesday.