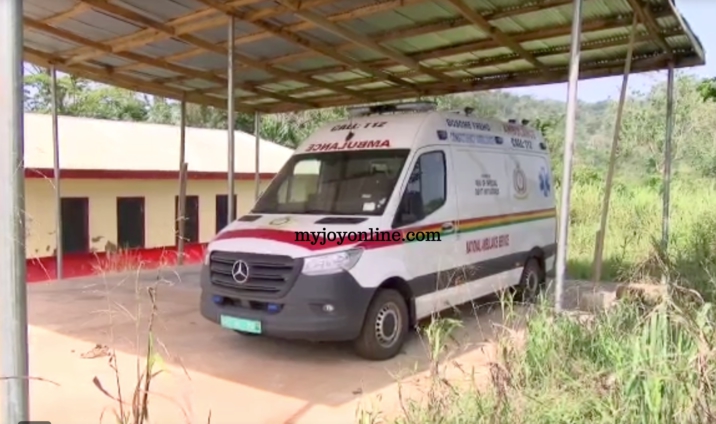 The use of taxis and motorbikes in transporting patients in critical conditions is a common feature at Asiwa in the Bosome-Freho district of the Ashanti region.

Yet, a new ambulance allocated to the district to help in referrals has been parked by the local assembly.

Residents say the failure to put the ambulance on the road is a bane on preventable deaths in the district.

The Bosome-Freho district benefited from the government’s distribution of ambulances two years ago.
But the ambulance is yet to be put to use.

Residents say the use of the ambulance could have helped save preventable cases. The ambulance is parked at a shed with no sign of movement.

The services of motor riders are often sought in transporting patients to and from adjoining health facilities.
The bad roads within the district has been their major concern.

Taxi drivers, who also offer services say most patients fail to pay them after transporting them to hospitals.
‘Most patients we transport to hospital fail to pay us; residents here are predominantly farmers and can’t afford to pay – we the drivers continue to lose so we thought the emergence of the ambulance will save us but we are still into because we can’t let’s them die’.

They had hoped the ambulance service would have brought relief to their humanitarian services.

District chief executive for Bosome Freho, Yaw Danso, says the assembly is looking up to the National Ambulance Service to get them a driver to man the ambulance.