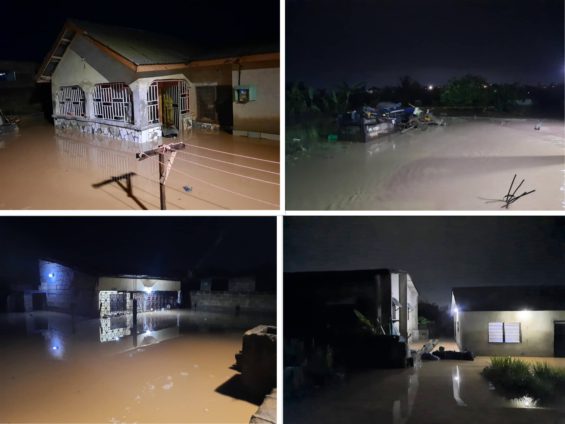 Several residents who live along the banks of the Owabe River at Kronum-Abuohia in the Suame constituency of the Ashanti Region have been displaced following Tuesday evening’s downpour.

According to some of them, they could not salvage their belongings as the rain started around the time they were returning from work.

The 4pm downpour which broke the banks of the Owabe River, caused heavy flooding in the area.

“I was called to quickly come home and try to salvage my properties because the rain had started, but unfortunately everything is just submerged”, one resident told Luv FM’s Patricia Bonsu.

“I do not know when the next desilting of this river will be done. The rains entered my hall, my bedroom and I do not know where my family and I will lay our heads tonight”, another resident intimated.

Another person added “We can only hope and pray, the rains subside soon so that we can recover a few belongings. I have really regretted renting a room in this area.”

Some community members who were seen commiserating with the affected households, described the situation as very worrisome and called on local authorities to fix the challenge.

No casualty has however been recorded.