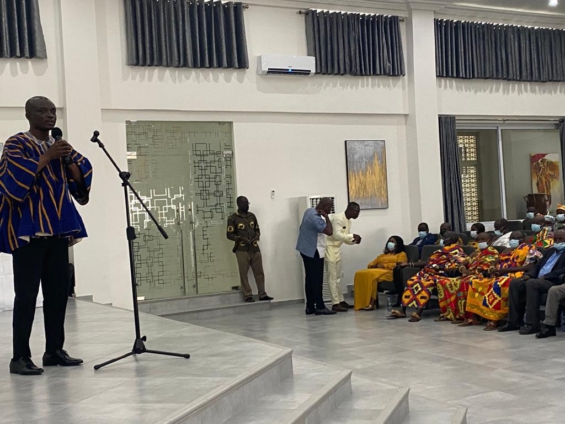 The Minister for Chieftaincy and Religious Affairs, Ebenezer Kojo Kum, has implored the Council of State, to help resolve the differences among members of the Western Region House of Chiefs, to foster development in the region.

He said peaceful coexistence among chiefs is a necessary tool for the socio-economic development of all the 16 regions in the country.

Thus, chiefs must endeavour to avoid disputes among themselves to guarantee progressive socio-economic development for the benefit of all in their respective regions.

In October 2020, confusion broke out over a decision to elect new executives for the Western Region House of Chiefs.

The commotion resulted from an injunction filed by an aggrieved party, restraining Awulae Amihere Kpanyili, from using his stool name to contest for the presidency of the Western Regional House of Chiefs.

After series of back and forth over the polls, the house proceeded with the elections even though Awulae Amihere Kpanyili, a contender for the presidential slot, was not present.

The Minister, who is also a Member of Parliament of Ahanta West, was speaking as the guest of honour at the Council of State engagement with Western Regional Coordinating Council (WRCC) in the Western Region.

He noted that the recent involvement of chiefs in the fight against galamsey has been very fruitful, with regard to the vision of H.E President Akufo Addo to end the illegal mining menace in the country.

In his address, the Chairman of the Council of State, Nana Otuo Siriboe II, said the Council chose the Western Region for its engagement with the WRCC to ascertain the progress of work with respect to the fight against galamsey in the Region.

He said the Western Region is not only one of the mineral-extractive enclaves but also continues to experience remarkable infrastructural developments in the country, adding that this must not be marred by any menace.

Nana Otuo Siriboe was impressed with the progress so far in the fight against glamsey, especially, with the involvement of the chiefs but was quick to add that more needs to be done.