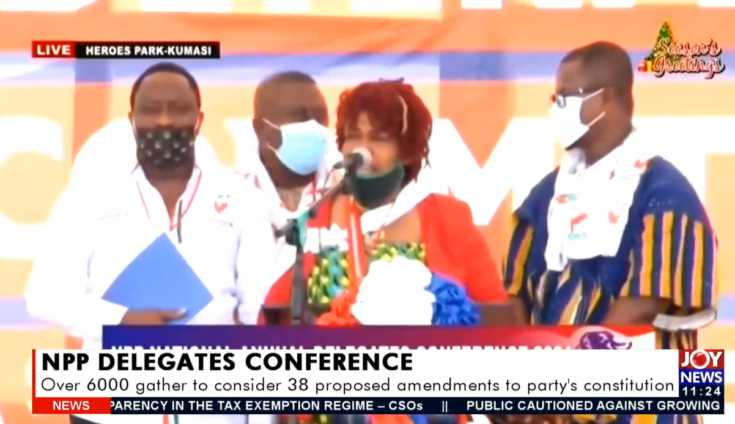 General Secretary for the Convention People’s Party (CPP), Nana Yaa Jantuah has pleaded with government to return assets seized from the party during the military coup in 1966.

Putting the matter before President Akufo-Addo at the NPP’s Annual Delegates’ Conference on Sunday, Nana Yaa Jantuah said the CPP would be grateful if assets which were confiscated in 1966 after the coup were returned to them.

“We want to put on notice that the building that is housing the Ministry of Information used to be our headquarters. And this headquarters was built from the toil of the rank and file of the party, especially the market women who were the foundation and support for the Convention People’s Party”, Madam Jantuah said.

According to her, both the CPP and NPP have something in common in terms of political dominance in the Ashanti region.

“We do congratulate you for holding this event in the Ashanti Region, your stronghold. But this region was also the region that stood with the Convention’s People’s Party during the struggle for independence.”

She emphasised that the Ashanti region supports both parties and that “we (CPP) believe that everything would be done possible to ensure that Ashanti is looked after.”