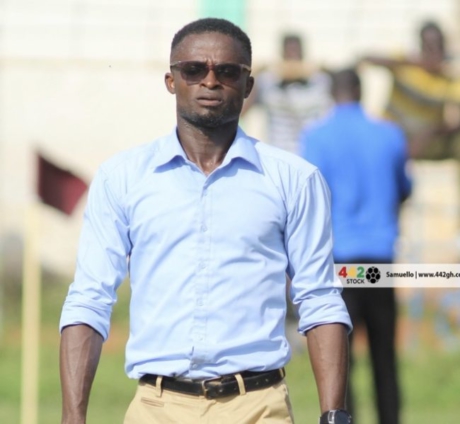 Ashgold won the match by 7-0, but the GFA instituted investigations into the match after Inter Allies player, Hashmin Musah, revealed he deliberately scored two own goals to prevent an alleged pre-arranged result because of betting.

Although both clubs have denied match-fixing, the GFA has taken strong reservations on the matter and is going all out to have the perpetrators brought to book.

But coach Osei Fosu lamented that the GFA cameraman failed to protect the brand he represents by making the footage public.

Speaking on Saturday sports “Kick Off show” on Luv FM with Delali Atiase the young coach observed the Ghana premier league has been negatively exposed by the actions of the cameraman.

For the Techiman Eleven Wonders coach, the cameraman’s duty on the day was to cover the match and make the video available to his employer which is the Ghana Football Association.

“Look there are some news that we have to protect. For me, if I was a GFA member, that cameraman at Obuasi would be sacked today, today. The video is for the GFA so whoever wants the video will have to go to the GFA to apply for it. Never think that the English Premier League that we watch everything that happens on the pitch they give to us, No. There are policies in using such footage or materials”. So, things that will put their product into disrepute they don’t have to show it because you have to protect the integrity of the product,” said coach Osei Fosu.

He also called on the GFA to strip the media house believed to have first broadcast the video of its accreditation rights for the next football season for breaching the broadcasting rights and exposing the competition to public ridicule.

“If we were serious in Ghana they wouldn’t have done that. Because next season if I was to be part of that decision making that media house will not get accreditation to even run commentary,” he emphasized.