Sale of Bogoso Prestea Mine: Affected permanent staff to be given severance packages - MyJoyOnline.com

Sale of Bogoso Prestea Mine: Affected permanent staff to be given severance packages 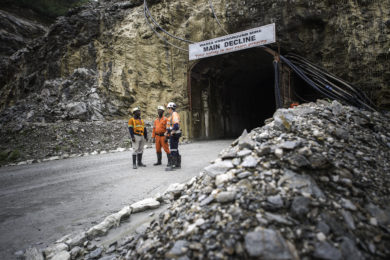 The payment plan of the severance will span between October 2021 and October 2023, a statement indicates.

It will be recalled that following the sale of the Bogoso Prestea Mine on September 30th 2020, employees under the previous owner, Golden Star Resources (GSR), had expected payment of severance packages prior to the completion of the transaction.

This was however not met and consequently led to a series of strikes and lawsuit against GSR Bogoso Prestea Limited.

The suit subsequently had the Justice of a High Court of Ghana as well as the Mineworkers Union calling for some negotiations to iron out the differences.

But the two parties have resolved their differences and come to a consensus.

“This agreement only deals with severance as a result of change in ownership of the company. In addition to the severance payments, all affected permanent employees will be re-engaged on established contracts of employment with a specified period of time. Following this, it has been agreed that the court action instituted against GSR Bogoso Prestea Ltd by the affected workers will be abandoned,” the statement further stated.

Having mutually agreed on a way forward, the statement said the outcome of the meeting has averted further industrial actions resulting from the sale of the mine by GSR and the associated non-payment of severance, adding “mining operations can now continue in the interest of all the parties and the local communities.

Golden Star is an established gold mining company that owns and operates the Wassa underground mine in the Western Region of Ghana, West Africa.

Listed on the NYSE American, the Toronto Stock Exchange and the Ghanaian Stock Exchange, Golden Star is focused on delivering strong margins and free cash flow from the Wassa mine.

Secretary of the Senior Staff Union,Samuel Kumi Menu who has been speaking to Joy News says they are not going to work until they receive positive answers from the parties involved.