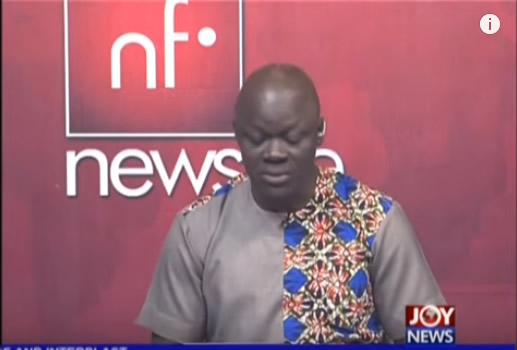 I moderated the launch of Ghana Integrity Awards 2019 at the British Council this week, and saw sad faces when Executive Director of the GII disclosed that Ghana loses up to 3bn dollars each year because of corruption.

The faces grew even sadder as almost all the anti-corruption CSOs including CDD Ghana and even state anti-graft bodies seemed to sing a common song that corruption is now normalized in the country.  Their concern was that the disturbing situation makes the corruption fight more difficult.

The GII has been at the forefront of the corruption fight, preaching transparency and integrity since 1999. It deserves all the support for the Ghana Integrity Awards to recognize public institutions and individuals doing the right things.

It was not surprising that the Danish Ambassador to Ghana made her nomination right at the launch in singling our Auditor-General Daniel Domelevo and Special Prosecutor Martin Amidu for praise as models whose stories should be used to encourage many others to pursue the path of patriotism and integrity.

Visit www.ghanaintegrityawards.org to learn more about it and may be nominate your anti-corruption hero/heroine especially in the individual category.

One investigative pursuit after the other by journalists reveal how rotten the system is confirming a statement by the CDD’s Kojo Asante that corruption has become a normalized activity. Manasseh Azure Awuni is about to screen yet another investigative piece showing how road and other contracts are on sale in Ghana.

There is presently a ban on rosewood harvesting, but 6m cedis have been exported to China and traffickers have made upwards of 300m dollars from only red rosewood during the period of the ban.

The President, Nana Akufo Addo, has had cause to  label as greedy criminals people smuggling subsidized fertilizer.

Let’s encourage and reward the few who abhor corruption and expose same, if we will make progress in the corruption fight.