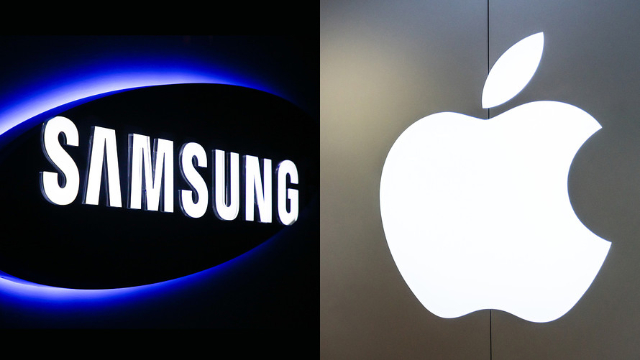 Samsung kicked off its “Galaxy Unpacked” event in San Francisco on Tuesday with a slick promo video introducing its new folding smartphone, the Galaxy Z Flip. Rebecca Hirst, Samsung’s UK head of marketing, took the stage to tout the phone as being “like nothing you’ve ever experienced before.”

It all seemed to be going so well as she talked through the phone’s specs and features. Then came the price reveal: $1,380.

It wasn’t even the most expensive smartphone Samsung unveiled that day. The top-of-the-line version of its new flagship, the Samsung Galaxy S20 Ultra, starts at $1,399. If you get a 512 GB version, the price ticks up to $1,599.99.

The Samsung event highlights the new normal for the smartphone industry. In 2017, Apple shocked the world by charging $999 for the iPhone X. Many outlets questioned whether consumers would ever pay that much for a phone. Now, as Apple and Samsung compete for the high-end market, there are a growing number of smartphones that cost well over $1,000.

Even Motorola is charging $1,500 for a smartphone reboot of its Razr flip phone that comes with a plastic screen, a small battery and a fairly average camera by today’s standards. But that didn’t stop enthusiastic (and maybe nostalgic) customers from lining up. Motorola had to push the new Razr’s launch date because of high demand.

Contrary to what some may have assumed two years ago, smartphone users appear more than willing to shell out four figures on what may well be considered luxury products.

Klaehne says the high price points of recent devices are dictated partly by the fact that customers are holding onto their smartphones for months — or even years — longer than they used to before upgrading.

“Apple and Samsung, in particular, were seeing the market kind of peak in terms of how many phones are being bought year over year,” he said. “So they’re looking for ways to maximize their profit.”

Newer technologies like folding displays and 5G, both of which Samsung is leaning heavily on with its latest lineup, also make it easier to justify charging more — at least for now, Klaehne said.

Samsung is counting on its head start in 5G, the next-generation mobile technology that allows users to download a movie in seconds, to pull in customers. With the new Galaxy S20 series, the company now has eight 5G-enabled phones on the market. The Galaxy S20+ and S20 Ultra are even equipped with a higher-bandwidth millimetre wave 5G, requiring them to have an extra antenna that drives up the manufacturing cost further. (Apple’s first 5G iPhone isn’t expected to come out until later this year.)

But as these newer technologies become more common the cost could eventually drop.

Indeed, as pricey as the Galaxy Z Flip may be, it actually started around 30% cheaper than last year’s $1,980 Galaxy Fold, Samsung’s first foray into folding smartphones that was delayed for months because of defective displays.

DISCLAIMER: The Views, Comments, Opinions, Contributions and Statements made by Readers and Contributors on this platform do not necessarily represent the views or policy of Multimedia Group Limited.
Tags:
Apple
Samsung