Sarkodie is proof that language is not a barrier in music – C-Real - MyJoyOnline.com 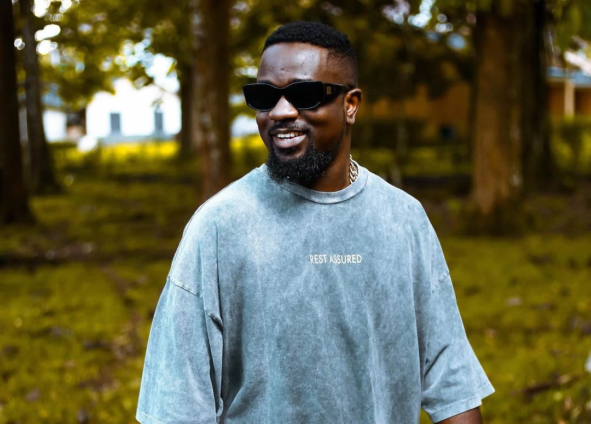 Businessman and entertainment pundit C-Real declared that Sarkodie is proof that language is not a barrier in music.

The “Original” hitmaker is a multi-award-winning Ghanaian musician who is arguably the biggest rapper in Africa.

With the dominant use of the Twi language in his songs, he has successfully disproved the axiom that, as an artist, one would have to rap or sing in the English language to cross borders.

Speaking on Daybreak Hitz with Doreen Avio, C-Real said: “Sarkodie is proof that you can do whatever language you want and still build a phenomenal brand as a musician.”

The milestones chalked by Obidi with the use of Twi have somewhat inspired many Ghanaian musicians to convey their message to the rest of the world through music using their native tongue – one of which Kirani AYAT is included.

The Sarki rapper recently vowed to win a GRAMMY award with the use of the second most-spoken language in Africa, Hausa.

AYAT went on to add that language is not a barrier to him when it comes to music.

Expressing his thoughts on AYAT’s assertion, C-Real sided with him – adding that the rapper could even achieve more milestones through originality, authenticity, and hard work.

He also admonished other artistes to stick to their roots, should anyone advise them to do otherwise.

“To all my artistes out there who feel like somebody is trying to get them changed, stay true to yourself,” he added.

Irrespective of Sarkodie’s success in the music industry, a cross-section of music fans are of the view that the two-time BET award winner could be bigger internationally if he rapped and sang more in English than in Twi.

However, C-Real opined that Sarkodie’s use of the local language contributed to the rapper’s immense success. But “the crowd doesn’t want to leave Sarkodie alone whenever conversations of language in music come up. Why is that?” he quizzed.

In 2009, he won the Ghanaian edition of the Channel O Sprite Emcee Africa talent show and finished second at the show’s finals. He is regarded as one of the leading hip-hop artists in Ghana.